Imagination Technologies may have lost an important partner when Apple decided to ditch Imagination’s PowerVR graphics. The new iPhone 8, 8 Plus, and X feature Apple’s new A11 Bionic processor with Apple’s own graphics technology. 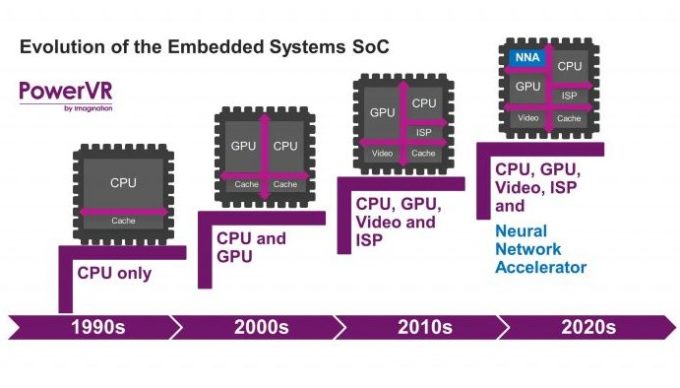 The PowerVR Series2NX NNA is a new chip architecture that brings support for hardware-accelerated tasks to mobile devices, such as image recognition, eye-tracking, predictive text enhancement, and photography enhancements. Other possible applications include automotive or security systems.

Smartphones can already do a lot of those things through software that leverages the CPU or GPU. But the NNA provides dedicated hardware that will let a phone do those things more quickly while consuming less power. And since everything happens on-device, you don’t need to wait for data to be sent to the cloud and back to take advantage of neural network processing.

Imagination isn’t the only company designing neural networking support into chips. Apple’s A11 Bionic has similar capabilities, as does Huawei’s new Kirin 970 chip. And NVIDIA has pretty much stopped developing new smartphone and tablet chips to focus on automotive chips that can handle high-performance computer vision tasks for self-driving vehicles, among other things. 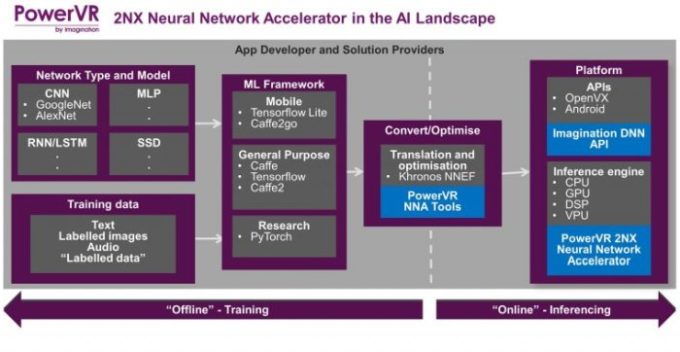 But companies that don’t already have the ability to develop their own neural networking technology in-house can license Imagination’s new NNA… which could help keep the company afloat after losing one of its biggest GPU customers.