Up until a few years ago, Apple’s iPhone and iPad chips used PowerVR graphics licensed from Imagination Technologies. But in 2017 Apple decided to start designing its own GPUs in-house, Imagination put itself up for sale, divided into two companies and sold both off.

Imagination didn’t stop designing chips though — and now the company says it’s releasing the “most important” GPU in 15 years.

The new IMG A-Series of GPUs are designed for a range of devices including smartphones and tablets, servers, automotive devices, and Internet of Things products. And Imagination says they offer up to 2.5 times the performance of previous-generation Imagination graphics processing units, while consuming 60-percent less power. 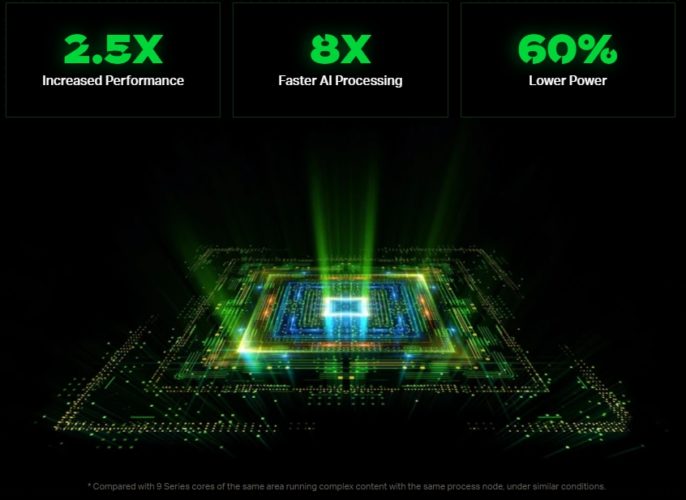 Those numbers are a bit fuzzy — because Imagination is comparing its best new GPUs against the best currently shipping previous-gen Imagination PowerVR GPUs (as opposed to the best ones the company had designed, but which aren’t actually in use).

Still, the new IMG A-Series seems like a big leap forward for Imagination, which might help explain why the company is dropping the PowerVR branding.

Imagination doesn’t actually manufacture its own GPUs. The company designs technologies that can be licensed by chip makers. It’s unlikely that Apple or Qualcomm will license the new designs — they both develop their own GPUs in-house. And Samsung has signed a deal with AMD.

But other chip makers such as MediaTek, Rockchip, and Allwinner may be in the market for higher-performance GPUs. While Imagination isn’t naming any names just yet, the company’s press release states that the new GPU technology has already been “licensed for multiple markets and the first SoC devices are expected in 2020.”

So far, the IMG A-Series breaks down into the following designs:

In an effort to stay competitive in years to come, Imagination has also laid out rough plans for the next few years — promising to deliver an IMG B-series GPU in late 2020 that will offer up to 3 TFLOPs of performance, with new C-Series and D-Series chips coming in 2021 and 2022, respectively.

If you want to check out a deep dive on the new IMG A-series architecture, I highly recommend reading AnandTech’s detailed overview.