Imagination Technologies designs the MIPS processor technology used in some low-power devices such as tablets and set-top-boxes. But MIPS-based processors aren’t nearly as popular as chips based on ARM or x86 designs.

An unusual program Imagination is introducing could help change that. The company has announced that it’s offering universities un-obfuscated access to one of its MIPS processors. 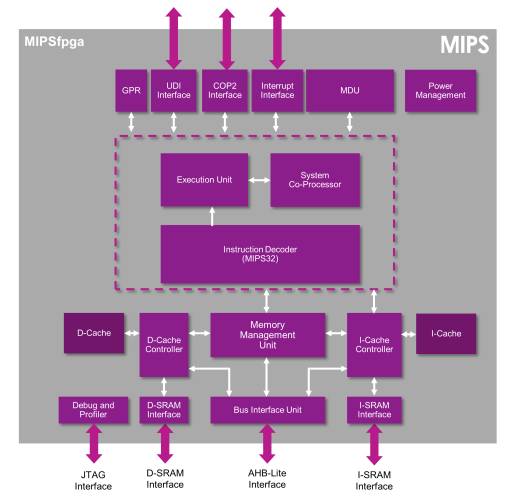 That will lets teachers and students have full access to the chips, helping them learn how to design and modify processors, program software optimized for MIPS architecture, and more.

While this alone might not be enough to give MIPS a competitive edge in the marketplace, it could be a smart way to familiarize more students with the capabilities of MIPS architecture which in turn could be a way to get the next-generation of programmers, engineers, and other makers interested in using Imagination’s technology.

Imagination isn’t quite going as far as to make MIPSfpga entirely free and open source. Instead tools are being released under a license that lets academic users work with the design and even modify it… but anyone that wants to patent a change or actually produce a working chip based on a modified design needs to obtain permission from Imagination.

In other words, teachers and students can look beneath the hood and examine just about everything for educational purposes. But they can’t make any changes without getting a go-ahead from Imagination.

Still, this program gives universities greater access to the internal workings of one of Imagination’s chips than they can get with any current Intel, AMD, or ARM-based processor. While there’s plenty of hardware and software development that takes place around each of those other platforms, there’s usually some level of proprietary information that’s obfuscated.

Imagination says the designs will be made available first to attendees of a workshop at Harvey Mudd College starting at May 13th.

One reply on “Imagination introduces free MIPSfpga for university use”