Chip designer Imagination Technologies is making the move to RISC-V architecture with the introduction of the new Catapult processor family which will cover chips ranging from energy-efficient microcontrollers to high-performance application processors.

The first chips are already shipping, with more expected to come next year. 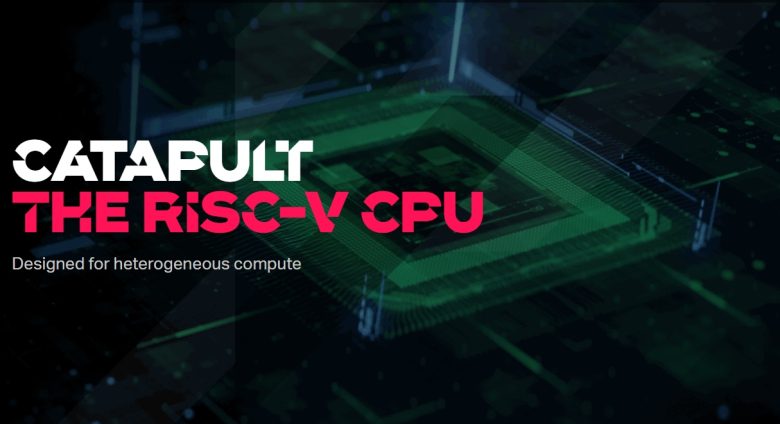 Imagination is probably best known for its PowerVR graphics processors which had been used in iPhones and iPads until Apple canceled its partnership with the company a few years ago and started developing GPUs in-house.

Following that move, Imagination put itself up for sale and ended up spinning off MIPS Technologies, the division that had been responsible for developing processors using MIPS architecture.

MIPS was acquired by Wave Computing in 2018, which later declared bankruptcy, emerged from bankruptcy… and announced earlier this year that it was also pivoting to RISC-V architecture.

Anyway, back to Imagination’s new Catapult chips. The company says it will focus on four areas:

According to Imagination, the new processors are designed for markets including 5G modems, storage, autonomous vehicles, data centers, and high-performance computers. Imagination says the chips feature multi-threaded RISC-V cores and offer plenty of configuration options including:

Catapult chips are also designed for heterogenous computing, with the ability to work with Imagination’s GPU, AI, and Ethernet processor cores.

The company says it also has some unannounced RISC-V products on its roadmap, but potential customers will need to sign an NDA to get more details.

AnandTech has more details about Imagination’s Catapult roadmap. All of the chips coming in the next 18 months will feature relatively simple designs with in-order processor cores. But in 2023 or 2024 we can expect out-of-order cores for higher-performance computing. 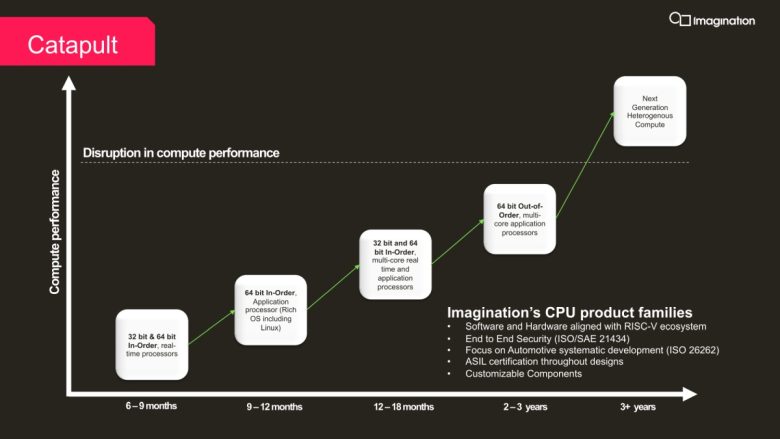