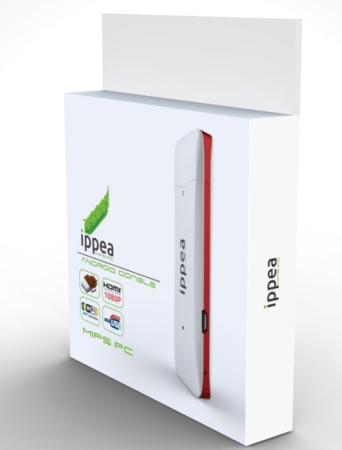 MIPS Technologies designs low power processors that can be used in a range of devices including TVs and cable boxes as well as phones and tablets. MIPS has been around since 1998, and while the company is basically in the same industry as competitor ARM, its chips aren’t as common in the mobile devices running Android, iOS, Windows Phone, and other mobile platforms.

Imagination’s PowerVR graphics technology, on the other hand, has been quite popular in recent years. Intel licenses PowerVR designs for its latest low power Atom processors, And Apple licenses PowerVR technology for use in its iPhone, iPod touch, and iPad products — which all use ARM-based CPUs.

But ARM also offers its own Mali graphics technology, which a growing number of device makers are opting to use. Why license the CPU and GPU designs from two different sources when you can get them both from one place?

Well yeah, sure, there might be some good reasons involving performance and price. But since ARM is offering both graphics and central processing unit designs, it makes sense for Imagination to snap up MIPS so that it can also offer customers a way to license CPU and GPU designs from one place.

MIPS designs also offer a few advantages over ARM chips. For instance ARM is just starting to produce 64-bit processor designs, but that’s something MIPS has offered for years.

Imagination’s move means that 160 MIPS engineers will now work for Imagination, and the company picks up 82 patents.

Interestingly, that’s only the tip of the patent iceberg though. MIPS has a portfolio of 580 patents and patent applications, and a consortium of companies has pooled together to acquire the rights to use the technologies covered in those patents for $350 million.

Imagination gets access to that portfolio, but so does competitor ARM, which put up $167.5 million as part of the deal.

So while Imagination and ARM will now be competing head to head in both the CPU and GPU markets, the companies won’t be able to use any of the MIPS patents to sue one another over intellectual property abuses.

via BBC, MIPS, and ARM

3 replies on “Imagination buys MIPS, brings CPU and GPU designs under one rooft”