The iKoolCore R1 is a tiny computer with four high-speed Ethernet ports, a few USB ports, HDMI output, and support for up to an Intel Pentium Silver N6005 processor, 16GB of RAM and a 512GB SSD.

When we first reported on the little computer in December, it was only available for purchase in China. But now it’s up for pre-order worldwide with prices starting at $199. It should begin shipping to customers in the second half of February. 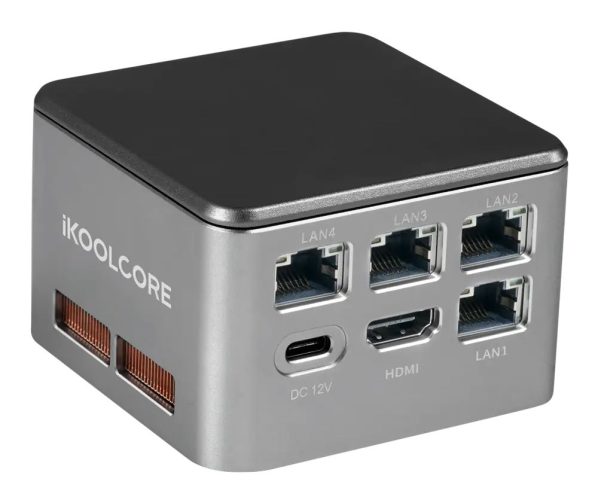 The starting price will get you a model with an Intel Celeron N5105 processor, 8GB of RAM and no storage or operating system. But you can pay a little more to upgrade to a Pentium Silver N6005 processor, 16GB of RAM, and up to a 512GB SSD. A top of the line model with all of those upgrades sells for $349.

That makes the iKoolCore R1 considerably more affordable than the XCY-X66 mini PC I wrote about earlier this week. That similarly-sized computer also has four 2.5 GbE Ethernet ports. But it has a starting price of $257 for a model with a Celeron N5105 chip, 8GB of RAM and a 128GB SSD and doesn’t offer any RAM or processor upgrades.

Keep in mind that both of these little computers come from small Chinese companies with limited presence outside of their home country though, so I have no idea how much customer service or tech support they offer.

If that doesn’t scare you away, here’s what the iKoolCore R1 has to offer:

The palm-sized computer’s quad Ethernet ports make it clear that the system is designed for networking applications. You could use it as a router, firewall, file server, or media center, among other things. And since it’s powered by an x86 processor, it should support a wide-range of operating systems including Windows, most GNU/Linux distributions, and purpose-built software such as pfSense, Proxmox, or OpenWrt.

And the computer’s tiny size should make it easy to mount to the back of a display, hide under a desk, or in other tight spaces.

Just don’t expect to use the iKoolCore R1 for resource-intensive applications. The Intel Celeron N5105 processor is a 10-watt, 4-core, 4-thread chip based on Intel’s Jasper Lake architecture. With support for CPU frequencies up to 2.9 GHz and Intel UHD integrated graphics with just 24 execution units, it’s designed to be a low-cost, low-power chip rather than a high-performance processor.

The Pentium Silver N6005 offers a little more performance thanks to top speeds up to 3.3 GHz and an integrated GPU with 32 execution units. But it’s still a Jasper Lake chip designed for inexpensive devices. 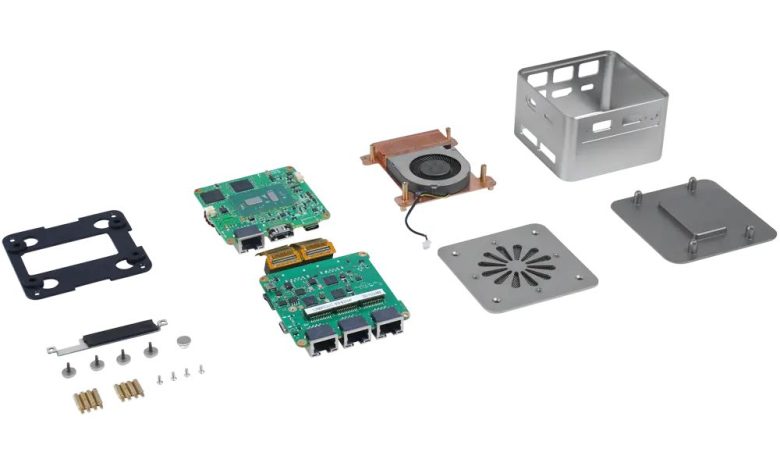 Both should be good enough for basic networking, file server, or media playback tasks, among other things though.

You can pre-order the iKoolCore R1 from the company’s website.