While the iKOOLCORE R1 is not the first computer I’ve seen with specs similar to those, it stands out thanks to its networking features. There are four 2.5 GbE Ethernet ports, making the little computer an option for use as a router, firewall, media router or other networking applications. 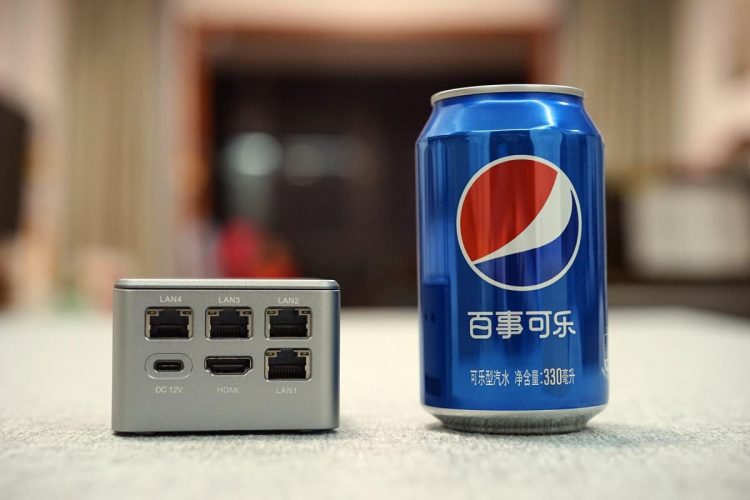 Developed by Chinese “home lab enthusiast” Jackeroo in partnership with a Chinese electronic company, the little computer is small enough to fit into a pocket or easily tuck under a desk, behind a display, or just about anywhere. 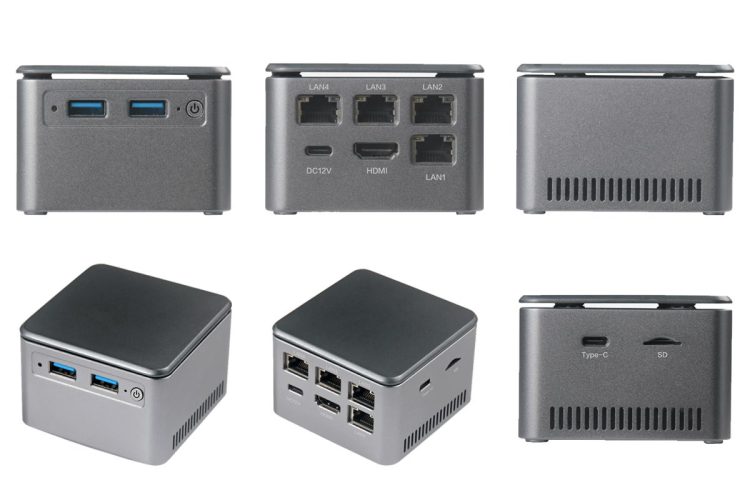 The four networking ports are driven by Intel’s i226-V Ethernet controller. And the system has an M.2 2242 slot for solid state storage. Models with 8GB of RAM ship with LPDDR4-4233 storage, while 16GB models have LPDDR4-2933 memory.

The system also has another USB-C port that’s used only for power, and the iKOOLCORE R1 comes with a 30W (12V/2.5A) power adapter and features a copper heat sink and a fan for active cooling. 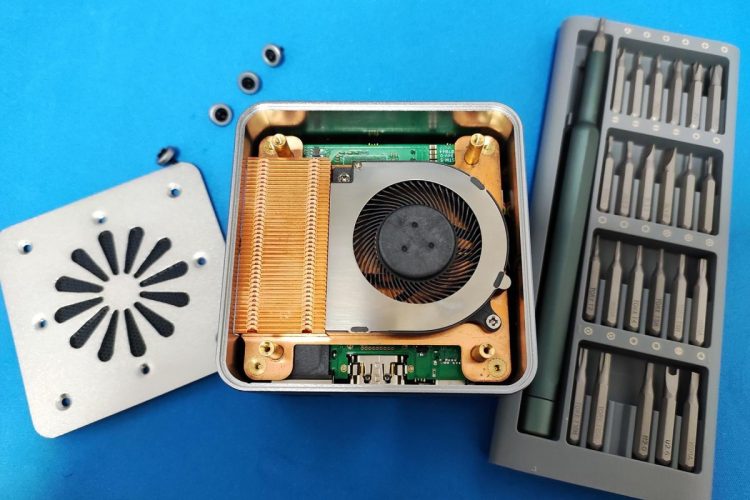 While the computer should support a wide range of operating systems including Windows or Linux distributions, the iKOOLCORE R1 is designed for networking and according to the product wiki, it ships with the Debian-based Proxmox as the default operating system and supports installation of Windows or Debian virtual machines.

You can also boot alternate Linux-based operating systems from a microSD card.

The iKOOLCORE R1 is available now in China with prices starting at 999 CNY (about $145) for an entry-level model with a Celeron N5105 processor, 8GB of RAM and no storage.

Update: The iKoolCore R1 is now available for pre-order globally for $199 and up. It’s expected to ship to customers outside of China in February, 2023.