The upcoming Ignitial Tukhla will have an NXP iMX8 processor, support for up to 16GB of RAM, and plenty of options for storage, input, and output.

What makes it an open hardware project is that not only will it run free and open source software, but the hardware designs and schematics will be available.

It won’t be cheap though — the bill of materials is expected to be higher than 200 Euros ($227), so the finished product is likely to sell for more than that. 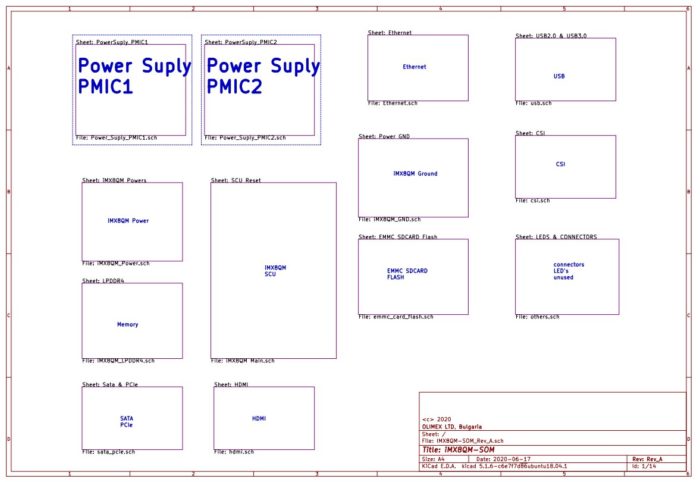 According to Olimex, the heart of the device will be a MIMX8QM5AVUFFAB processor, which is the most powerful chip in the iMX8 family. It features:

The board’s other features include support for up to 16GB of LPDDR4 memory, eMMC storage, a microSD card reader, and a SATA connector for external hard drives or SSDs as well as two single lane PCIe M.2 connectors for NVMe storage.

Given the price, specs, and open hardware design, Olimex says this product won’t really be designed to have the broad appeal of something like the $35 Raspberry Pi mini computer. Instead it’s designed for “professionals, who need high performance board” based on open hardware, “which gives them security for their business as the design is public.”

It’s unlikely the board will be available for purchase this year. Olimex says it could take as long as “6 months or more” to finalize the designs and begin production of the Ignitial Tukhla.

3 replies on “Ignitial Tukhla will be a high-end, open hardware single board computer (developed by Olimex)”