Not that this should come as any surprise, but it turns out that if you crack open the case of Samsung’s newly released Galaxy Note Fandom Edition (FE) smartphones, what you’ll find is a device that looks virtually identical to last year’s Galaxy Note 7. The only difference? A smaller battery.

Samsung pretty much told us that’s what you’d find, but it’s always nice to receive confirmation. So the folks at iFixit got their hands on one of the new/old phones, tore it to pieces, and photographed the insides. 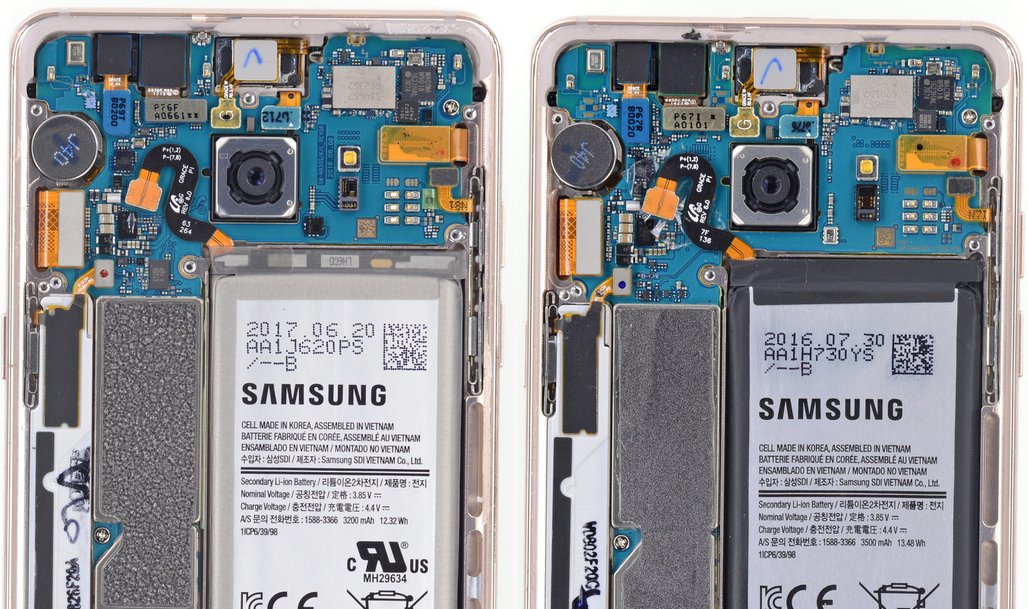 Hopefully it has a much lower flammability score though.

After numerous reports of Note 7 phones spontaneously catching fire, Samsung issued a massive recall and worked with wireless carriers to remotely disable phones to protect customers/encourage them to return their phones.

Samsung conducted a massive investigation and ultimately decided that several problems related to the batteries were the culprit. And rather than throw all of the extra phone parts the company had lying around into a landfill, Samsung re-released the phone as the Samsung Galaxy Note FE. It’s currently only available in South Korea, and the slightly smaller battery will probably take a slight toll on battery life. But before the whole unexpectedly-catching-fire thing, the Note 7 had received pretty positive reviews.

Initial reports indicate that the resurrected phone is selling well in Korea, and Samsung may eventually decide to offer it in other markets as well.

Later this year the company will probably introduce a new model called the Galaxy Note 8. But folks who are comfortable with last year’s bleeding-edge specs instead of this year’s may have a cheaper option in the Note FE.