The IFC6410 Pico-ITX board is a tiny computer-on-a-board powered by the same Qualcomm Snapdragon 600 processor as the Samsung Galaxy S4 or HTC One M7 smartphones. It sells for $149 and it’s aimed at developers, hobbyists, and others interested in testing their hardware or software designs… but thanks to a few recent developments, you can also use the IFC6410 as a small, inexpensive desktop computer.

It’s now possible to run Ubuntu 14.04, Fedora 20, or other desktop operating systems based on Linux on the little developer board. 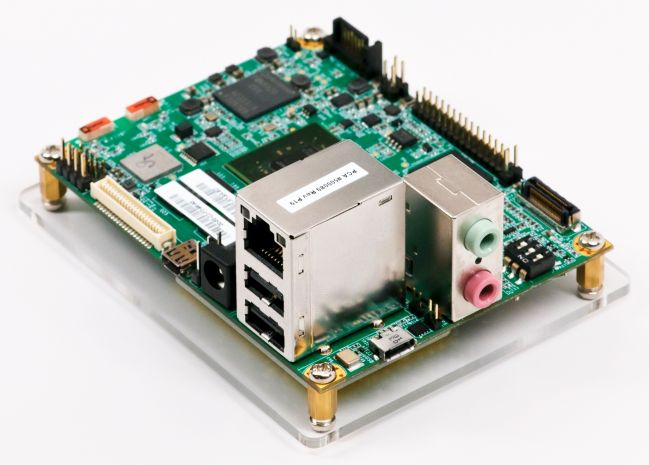 Builds of Fedora and Ubuntu both feature open source graphics drivers from the freedeno project. While Qualcomm doesn’t provide open source drivers for its Adreno graphics technology, Freedreno is a reverse-engineered driver that offers 2D and 3D accelerated graphics with support for OpenGL ES 2.0.

In other words, if you’re looking for a fully functional, Linux-based media center or gaming system, you might be better off with a different device. But if you’re looking for a cheap Linux computer for web browsing, document creation, and light multimedia duties, the IFC6410 is a lot more powerful than, say, a Raspberry Pi. Of course, it’s also a lot more expensive than that $35 computer.