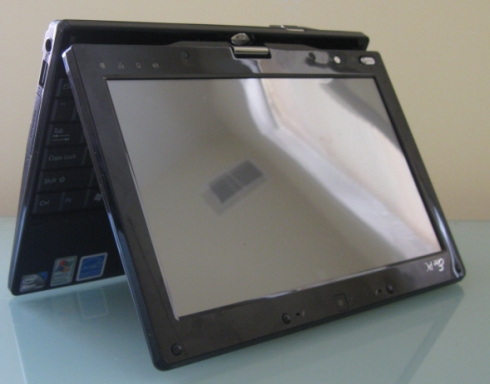 In other words, if the Eee PC T91 is a flop, don’t hold your breathe waiting for the Eee PC T101H. Asus could delay its launch, scale back shipments, or cancel the laptop altogether.

And that would be a huge shame. Because let’s face it: The Eee PC T91 has some issues. But they aren’t all related to the touchscreen or the Asus Touch Gate software. In my review of the T91, I primarily took issue with 3 things:

All three of those things could easily be addressed by a 10 inch model released this fall. Just swap out the Atom Z530 CPU for a faster Intel Atom N270/N280 processor, or hold out for the more energy efficient Atom N450 CPU which should be out later this year. The 10 inch model will almost certainly have a larger keyboard. And if you wait until October, you can release the netbook with Windows 7 preloaded instead of Windows XP. While Windows 7 Starter Edition isn’t expected to have many touchscreen-optimized features, Windows 7 Home Premium will.

The problem, as I see it, is that Asus decided not only to make the Eee PC T91 the company’s first touchscreen netbook. Asus also decided to make it the company’s smallest netbook with an 8.9 inch display. And in order to do that, the company had to make some design choices like using a slower processor and SSD in order to allow for a fanless design and decent battery life in a small form factor. So performance suffers. But I don’t think you can judge the idea of all touchscreen netbooks based on the success or failure of the Eee PC T91 in the market. It’s quite possible that if Asus had released a 10 inch model right off the bat, it would have met more positive reviews, especially if it had a faster CPU.