Over the past year or two, almost every major PC maker has scaled back its presence in the netbook space. But that doesn’t mean there’s not still demand for inexpensive ultraportable laptops. I still see them people using them pretty regularly at coffee shops, and I know some long-time Liliputing readers are still fans of the platform.

Fortunately it looks like as Lenovo, Dell, Toshiba, and possibly even Acer and Asus drop netbooks, other companies may be stepping up to fill the void. 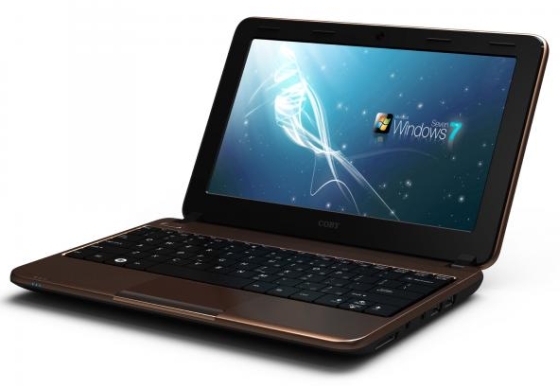 It’s not exactly the most exciting notebook you’ll see this year, but it looks like exactly the same sort of netbook the major PC makers aren’t making anymore.

Unfortunately the 1024 x 600 pixel display means that this netbook isn’t really designed to run Windows 8, since Metro-style apps require a 1024 x 768 pixel or higher resolution display. But it should be able to run most apps designed for Windows 7 and earlier. The Coby NBPC1025 should also be able to run a variety of Linux-based operating systems.

I haven’t seen any word on the price or availability of the NBPC1025.

This isn’t the first netbook from Coby. But in the past when the company has brought mini-laptops to market, it’s had to compete with better offerings from major PC makers. Now that the crowd is thinning, there’s more opportunity for Coby’s netbooks to stand out.

Or you could buy an HP Mini 210 for $300 and up. HP is one of the only companies that hasn’t pulled out of the US netbook market yet. (Acer and Asus are still in for now too… we’ve only heard rumors about them pulling out).

9 replies on “If netbooks are dead, someone forgot to tell Coby (meet the NBPC1025)”