Chinese smartphone maker Vivo may be developing a smartphone with no bezels, no notches, and no holes in the screen. According to Ice Universe, the upcoming Vivo NEX could be the first phone with an “over 100%” screen-to-body ratio.

Of course the only way that would be possible would be to have a screen that’s actually larger than the phone’s body. And I guess you could make a case that this leaks suggests that’s exactly what Vivo is doing.

Ice Universe has shared an image that allegedly shows the upcoming smartphone’s display. In addition to having no cut-outs, it’s designed to wrap around the sides of the phone, which means that if you laid the screen flat it would be larger than the phone itself. 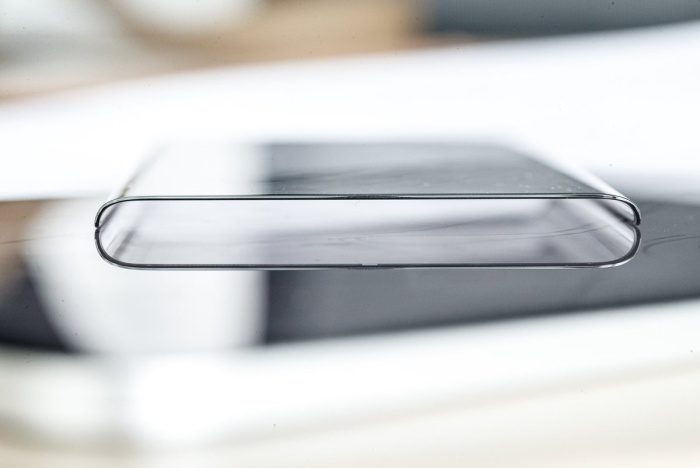 Well… the front of the phone anyway.

If you account for the back of the phone, I guess the Vivo Nex 3 would have a 50-percent screen-to-body ratio. See, you can do all sorts of weird things when you start playing with numbers.

The point is, if Ice Universe is correct, Vivo might be working on one of the first smartphones that’s literally all-screen (on the front). But it feels silly to say it has a higher-than-100-percent screen-to-body ratio anyway.

It’s unclear where Vivo would hide the camera in this phone. It could hang out in a pop-out section of the phone. Or maybe it could be placed beneath the screen itself.

For now all we’ve got to go by are images of curved glass and an unsubstantiated claim that it’ll eventually cover a phone of some sort.