Amazon hasn’t released actual sales figures for the Kindle Fire tablet, but the company has repeatedly said that the $199 tablet (sometimes $139) is one of its top-selling products.

But according to industry analysts at IDC, Amazon Kindle Fire shipments fell off a cliff between the end of 2011 and the beginning of 2012. IDC says that Amazon moved 4.8 million Kindle Fire units during Q4, 2011 but closer to 700,000 during the first quarter of this year. 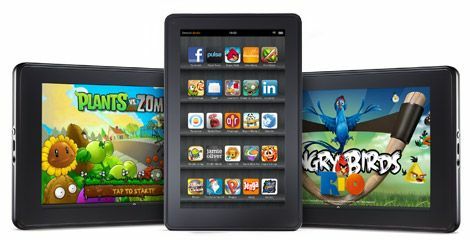 That represents a 38 percent dip, which is a littler larger than the researchers had been predicting — but they expect that to turn around as companies bring new tablets to market this summer and fall.

It’s no surprise that tablet shipments would be highest during the holiday season. But the Kindle Fire seems to have fallen further than most other devices, despite its low price tag. Samsung, which offers about half a dozen Android tablets, overtook Amazon last quarter to become the number two tablet maker behind Apple — who dominates the field with about two thirds of the market share.

Keep in mind that IDC is basing its report on information gathered from industry sources. The firm doesn’t have access to actual sales numbers from all the companies it tracks, so these figures might not be entirely accurate.

But it’s also possible that the company’s predictions could be way off mark. It’s certainly possible that Android tablets could follow the path blazed by Android smartphones which got off to a slow start but now dominate the market.

It’s also possible that Windows 8 tablets will prove more popular with consumers than Android devices once they hit the streets later this year. Or both product categories could fail miserably, leaving the tablet space to Apple.

Another factor that could play a big role in the future of tablets is the ever-increasing screen sizes of modern smartphones. A few years ago a 4 inch screen seemed huge. But now handsets with 4.6 to 5.3 inch screens and 1280 x 720 pixel displays are starting to look normal.

A large part of the appeal of tablets has been a smartphone-like experience with a larger display. Now that smartphones have larger displays, there might not be as much need for a larger device for reading books, surfing the web, playing games, or watching videos.

Most importantly, it’s hard to predict the future based on what we see today. A few years ago analysts were predicting that netbooks would make up a quarter of the PC market by 2013. Numbers out this week suggest that instead they’ve fallen to about 5 percent.