Tablet shipments in the second quarter of 2018 were down about 13.5 percent from the same period a year earlier according to a new report from research firm IDC.

But that doesn’t necessarily spell doom for the tablet market. IDC predicts that we could see growth in the 2-in-1 space as more Windows, Chrome OS, and iOS tablets with detachable keyboards hit the streets in the coming months. 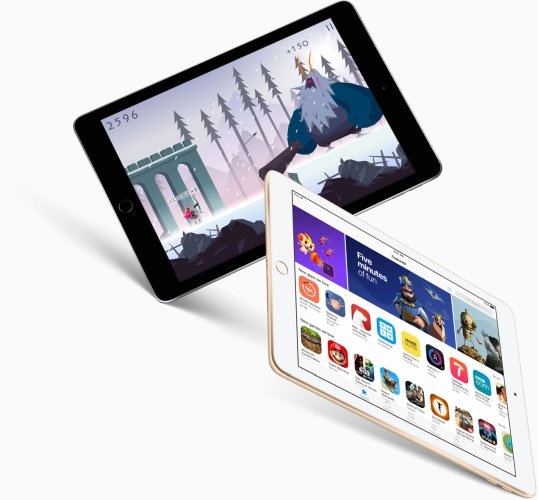 IDC says “there is a promising future for this line of products” due to the upcoming Snapdragon 850 chip, Microsoft’s move to bring support for (some) 64-bit applications to Windows on ARM, and the “cost effectiveness over Intel x86 processors.”

A new processor could help address the performance issues, but it remains to be seen whether manufacturers will bring prices down enough to make ARM-based Windows tablets competitive with models featuring Intel chips.

That said, it’s not like anybody is putting all their eggs into the Windows-on-ARM tablet basket. Microsoft recently launched the Surface Go tablet with an Intel processor and a starting price of $399. Acer recently began shipping the first Chrome OS tablet that doesn’t come with a keyboard (although it’s worth noting that it’s being marketed as an education tablet, not a consumer device). And Qualcomm’s biggest market for its Snapdragon chips is still Android smartphones, not Windows tablets and laptops.

Meanwhile, it’s interesting to note that Apple shipped more than twice as many tablets in Q2, 2018 as any other individual company. While Apple positions its iPad Pro tablets as tools that you can use for work, all of the company’s tablets are basically running a version of the same iOS mobile operating system that powers the company’s smartphones rather than the desktop macOS operating system Apple uses for its laptops and desktop.

In other words, the company that sells the most tablets in the world doesn’t really think people want to use tablets the same way they use other computers.

It’s also interesting to note that Samsung and Huawei are pretty much the only major companies that continue to ship high-end Android tablets… and they took second and third place in tablet shipments last quarter, according to IDC.

Lenovo came in fourth, and Amazon came in fifth place… despite seeing a 33.5 percent decline in shipments year-over-year. IDC suspects that has to do with Amazon helping saturate the market by flooding the space with low-cost tablets that pushed out cheap devices from other companies.

I’d point out that Amazon also launched a new Fire tablet and a new Fire HD 8 tablet in Q2, 2017, which probably helped boost sales at the time. The company hasn’t updated those tablets since.

4 replies on “IDC: Tablet shipments are down, Apple continues to trounce the competition”