There are some things that are easier to do with a laptop than a tablet – like typing at 100 words per minutes while balancing your device on your lap. But that hasn’t stopped tablets from selling like hotcakes.

Analysts at research firm IDC say 128 million tablets were shipped in 2012, representing a 78 percent increase over the previous year. At this rate, IDC expects more tablets to be shipped this year than desktop computers. Next year tablet shipments could be higher than notebook PC shipments. 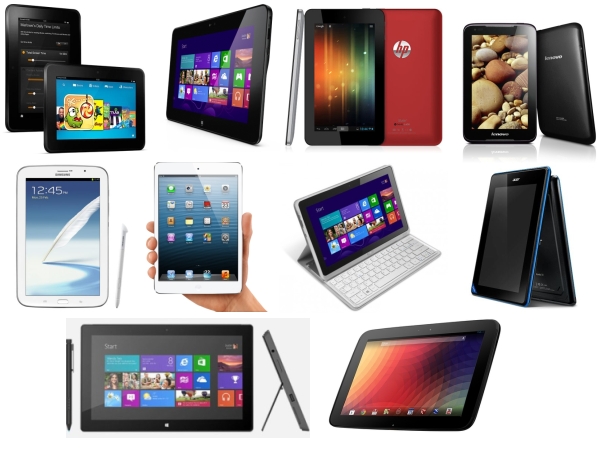 Of course, that line is a little blurry — some tablets basically are notebook computers, albeit notebooks with removable keyboards. Asus, HP, Lenovo, Samsung Microosft, and others are offering Windows and Android tablets that you can use like a notebook when an optional keyboard is attached, but which function as slates when you leave the keyboard behind.


Still, it’s starting to look pretty clear that the “smart connected devices,” market is much more than just smartphones.

I always take the kind of numbers IDC is throwing around with a grain of salt for a few reasons:

That last point is a doozy — it wasn’t all that long ago that analysts were looking at massive year-over-year growth in the netbook space and predicting continued growth.

On the one hand, tablets have a lot of things going for them. Most decent tablets offer long battery life, instant-on capabilities, and easy-to-use navigation. Some can also handle powerful games, HD video, or even productivity tasks.

On the other hand, touchscreens aren’t the perfect solution for activities that require tactile feedback. It’s tough to touch-type on a screen if you can’t feel the keys beneath your fingers. Hardcore gamers generally prefer gamepads with physical buttons for similar reasons.

While it’s entirely possible that IDC is right and that tablet sales will surpass traditional PC sales soon, I think it might be a bit early to declare the death of the PC. While tablets could eat into notebook sales to customers who don’t need a traditional PC experience, I suspect that most tablet buyers also have at least a desktop or notebook or two lying around as well.