The DRAM currently used by computers and smartphones is faster than flash storage or hard drives, which is why it’s used for random access memory. But DRAM is relatively expensive and it’s volatile memory, which means that it can’t retain any data if the power is cut.

There are a number of other technologies that could eventually overcome those limitations, and one of the latest breakthroughs comes in the form of phase-change memory (PCM).

IBM says it’s figured out how to reliably store 3 bits of data per cell using this memory technology, making it possible to store much more data. That could make PCM cheaper to produce than DRAM. 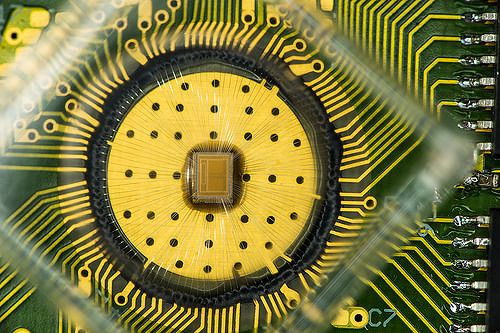 In fact, IBM says the price will be closer to the kind flash memory used in USB flash drives. And like flash memory, PCM doesn’t lose data when power is cut.

But while flash memory has write cycles measured in the thousands, PCM can withstand more than 10 million write cycles, which makes it much more appropriate for use as a DRAM replacement. 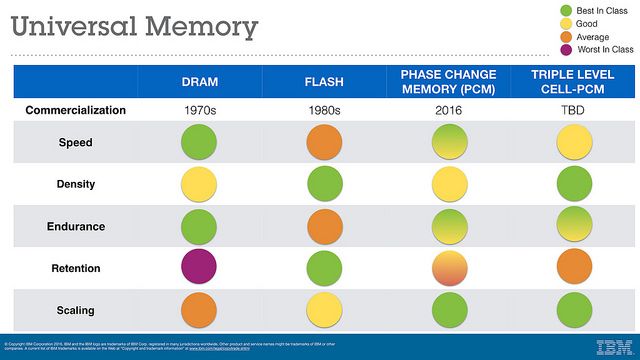 It’s not clear when we’ll see the first commercial (or enterprise) PCM solutions from IBM. But PCM isn’t the only technology in the running as a DRAM replacement though.

HP and SanDisk are working on memristor and ReRAM technology that’s another non-volatile solution (doesn’t need power to save data) that’s said to be a thousand times faster than NAND flash storage. Intel and Micron, meanwhile are developing 3D Xpoint memory which has similar benefits.