There’s no such thing as too much battery life… but if there was, the folks at HyperJuice would be on a mission to prove it. The company makes external battery packs that you can use to charge a phone, tablet, or Apple laptop.

The biggest model is a 61,000mAh, 222Wh battery which can extend the run time of a MacBook by up to 53 hours, recharge an iPhone 40 times, or give you up to 136 hours of extra battery life on an iPad mini.

HyperJuice was showing off its wares at CES, and the idea of being able to run a laptop non-stop for more than two days without charging kind of grabbed my attention. 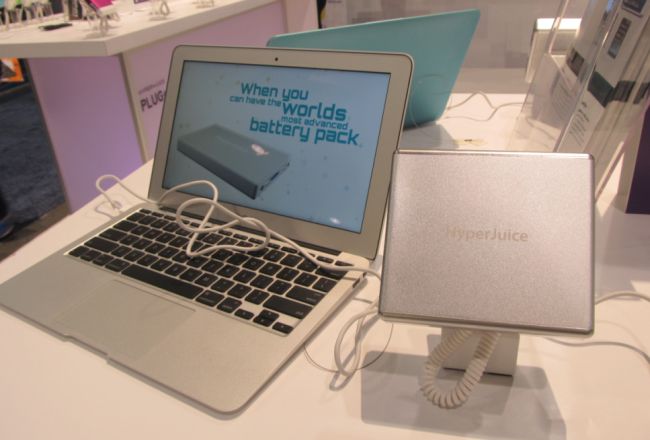 HyperJuice does sell cheaper, lower capacity batteries for $170 and up. They offer 60Wh to 160Wh of extra power.

, who complain that the batteries have poor build quality. But that’s OK. You probably didn’t want to lug around a 3.5 pound battery anyway.

HyperJuice batteries are designed to work with any device that charges via USB, but as far as laptops it’ll only work with MacBooks.