As expected, Hulu is the latest company to launch a TV-over-the-internet service. For $40 per month customers get access to live content from dozens of networks including ABC, CB, FOX, NBC, ESPN, TNT, CNN, Cartoon Network, Disney Channel, History, TBS, and USA.

While Hulu is hardly the first company to offer live TV without the need for a cable box (unless you count the one that brings internet into your house), Hulu does have one potential advantage: the internet video site already has a popular library of on-demand content. When you pay $40 for Hulu’s new live service, you also get everything that’s already available to existing subscribers who pay $8 per month. 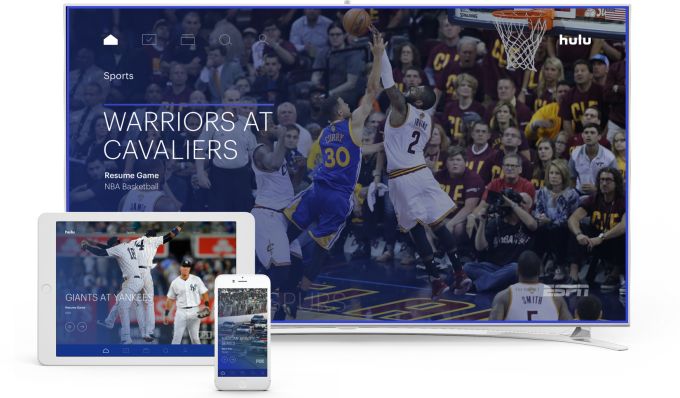 That means you get access not only to on-demand content from network TV channels, but also Hulu originals like The Handmaid’s Tale, The Mindy Project, 11.22.63, and The Awesomes.

It’s worth pointing out that there are “limited commercials” in that $8/month plan, but you can pay an extra $4 per month to go ad-free.

Hulu’s live TV service also includes a cloud DVR feature that lets you save up to 50 hours of programming for later viewing. But you can also pay extra for additional features:

Hulu says more add-ons will be added over time.

The new live TV offering is described as a beta, and at launch there are a few devices that aren’t yet supported, including AMazon Fire TV, Roku, and Samsung Smart TV devices. But Hulu’s live TV services already supports Chromecast, Apple TV (4th gen), Android, iOS, and Xbox One.

With the launch of live TV, Hulu joins Sling TV, PlayStation Vue, DirecTV Now, and YouTube TV in the brave new world of internet video as a replacement for traditional cable or satellite services.

Each service has its pros and cons, but the key factors to consider are probably the channel lineup offered by each, and perks such as the limits (or lack thereof) on DVR and on-demand streaming.