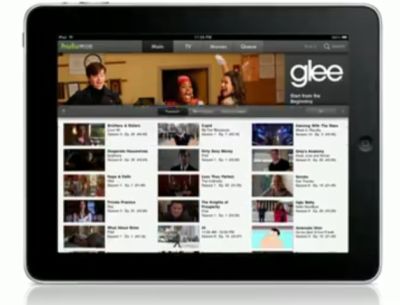 Hulu has launched a new subscription-based service that offers US residents the ability to watch TV shows on a PC, Mac, some web-connected TVs and Blu-Ray players, and Apple mobile products including the iPad, iPhone, and iPod touch.

The company isn’t eliminating its free, ad-supported service. Instead, Hulu Plus comes with the ability to watch programming on mobile devices or set top boxes instead of a computer, plus a few other bonus features including 720p HD video playback and access to complete seasons of TV shows instead of just the last few episodes.

Overall, it sounds like a pretty good deal — except for the fact that paying $9.99 per month doesn’t eliminate the advertisements. Unlike Netflix, which offers a similar subscription-based service, Hulu Plus users will have to pay a monthly fee and put up with commercials in their TV shows. But Hulu seems to have a better library of currently running TV shows available.

You can request an invitation for early access as the Hulu Plus web site. And you can download the Hulu Plus app for iOS 4 from iTunes. It works even if you’re not a paying subscriber, but you’ll be limited to watching a handful of videos available in the Free Gallery.

And you can read more about Hulu Plus at Mobiputing.