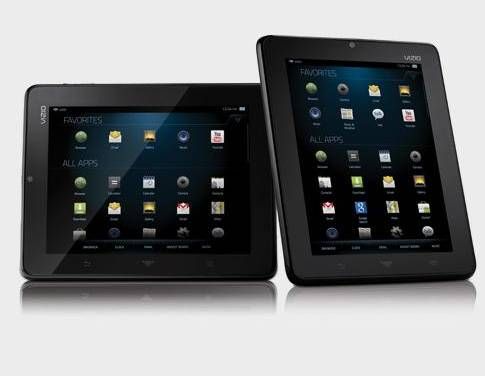 Now that Netflix is finally starting to stream TV shows and movies to Android tablets, it’s apparently time for Hulu Plus to follow suit. But while Netflix is available for Lenovo’s new tablets running Google Android 3.1 Honeycomb and the Asus Eee Pad Transformer (another Honeycomb tablet), Hulu Plus is launching first on the Vizio Tablet: an 8 inch tablet running Google Android 2.3 Gingerbread.

While a Gingerbread tablet might seem a little dated in the second half of 2011, the Vizio Tablet is an unusual little machine. It comes from a company best known for making inexpensive televisions, and the tablet is designed to work with your TV in a number of ways. It has an IR port and can function as a universal remote control. If you have a television or set-top-box with Google TV, you can use the Vizio Tablet to stream media and even apps to your television. And now you can also use it to watch TV shows and movies from Hulu.

Like the Hulu Plus app for Android smartphones, Hulu Plus for the Vizio Tablet is only available in the US and the service requires a $7.99 per month subscription.

The Vizio Tablet features an 8 inch, 1024 x 768 pixel display, 512MB of RAM, 4GB of storage, HDMI output and a front-facing camera. It has a 1 GHz processor and a custom software interface that does away with the traditional Android home screen and puts a list of apps front and center. The tablet sells for about $329.