And due to US trade restrictions, Huawei wasn’t able to receive GMS certification for the Huawei Mate 30, Mate 30 Pro, and Mate 30 RS Porsche Edition smartphones.

That means customers who are willing to pay 799 Euros to 2095 Euros ($880 – $2315) for these phones may not have access to the full ecosystem Google has been building for the past 11 years. Huawei has its own solution for that… but whether it will be good enough to convince folks to spend money on premium hardware remains to be seen. 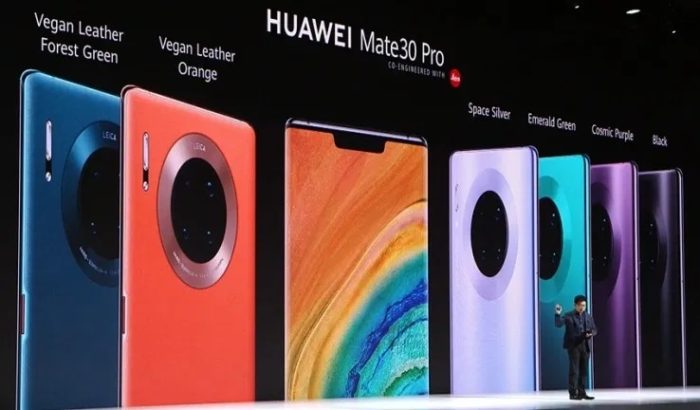 First off, it’s important to note that the new Mate 30 Series smartphones do run Android.

While the company is switching to home-grown software for smart TVs and smartwatches, Huawei is sticking with Android for its phones… for now.

But since the company cannot include the Google Play Store, it will load the new phones with its own app store. And since it can’t rely on other proprietary Google apps and services, there’s a new set of Huawei Mobile Services that developers can tap into for mapping, location, gaming, scanning, analytics, in-app payments, mobile payments, and other features.

Huawei says 45 thousand Android apps are already supported, and the company is hoping to attract developers by spending $1 billion on development, growth, and marketing funds.

Like most major smartphone companies, Huawei already has a habit of skinning Android with a custom user interface and app suite. The latest version of Huawei’s EMUI operating system will be based on Android 10 and includes a new dark mode, updated always-on display features, and support for touch-free gestures when using the Huawei Mate 10 Pro with its new gesture sensor.

Huawei is also a Chinese company, which means the company already has a history of selling phones without Google Mobile Services, which aren’t available in the company’s home country.

But it’s unclear whether the company has enough clout convince users to buy a GMS-free phone for use in other major markets.

Then again, it’s always possible that the company could turn a blind eye to people who just want to side-load GMS on their phones.

The best analog might be Amazon’s Fire line of tablets. They ship with a fork of Android featuring Amazon’s own app store and services and a very different user interface. But users have been sideloading the Google Play Store and suite of apps for years.

Or you could just use one of the many alternatives for installing Android apps without using the Play Store.

That said, jumping through those sorts of hoops to get more out of a $50 tablet is one thing. Doing the same thing for a phone that you spent as much as $2300 on? That’s another story entirely.

It’s always possible the US could lift trade restrictions at some point. But for now if you’re in the market for a Huawei Mate 30 series phone, you’re going to be spending a lot of money on a bold experiment.