First unveiled in China in July, Huawei is now launching the phone around the world. A model with 32GB of storage is priced at $399, while a 64GB model costs $449. 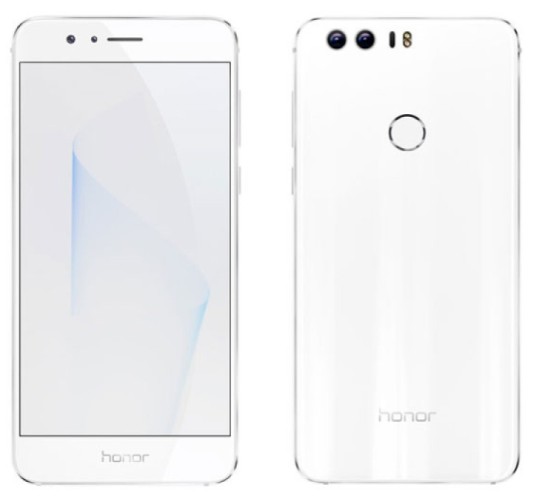 The phones have USB Type-C ports, NFC support, and Infrared (for using your phone as a TV remote control, among other things).

All told, the Honor 8 fits into a small, but growing category of smartphones: models with high-end features and upper mid-range price tags. It’s in good company, with the ZTE Axon, OnePlus 3, and several other recently launched smartphones, not to mention dozens of Chinese phones (with limited support for US networks — the Honor 8 should be compatible with AT&T and T-Mobile in the US).

But this model stands out for a few reasons. The 5.2 inch display is smaller than the 5.5 inch screens used by most of its peers. And the Kirin 950 processor features four ARM Cortex-A72 CPU cores, four ARM Cortex-A53 CPU cores and Mali-T880 graphics.

If you’re wondering how that chip stacks up against the latest Samsung Exynos and Qualcomm Snapdragon chips, AnandTech has some benchmarks from earlier in the year.

Looking for a larger phone? Huawei also recently unveiled a 6.6 inch Honor Note 8 smartphone in China. There’s no word on if or when that model will make it to foreign shores though.