Chinese electronics company Huawei makes its own smartphone chips, and last year the company announced it was also developing chips for desktop computers. Now it looks like you can actually buy a computer powered by Huawei’s Kunpeng 920 processor… if you live in China.

Performance is… a bit underwhelming for a system that sells for more than $1000. But at least it shows that Huawei is planning for a future where it may not be able to acquire chips or other technology from US-based companies due to an ongoing trade war between the US and China, compounded by US regulations designed to address national security concerns. 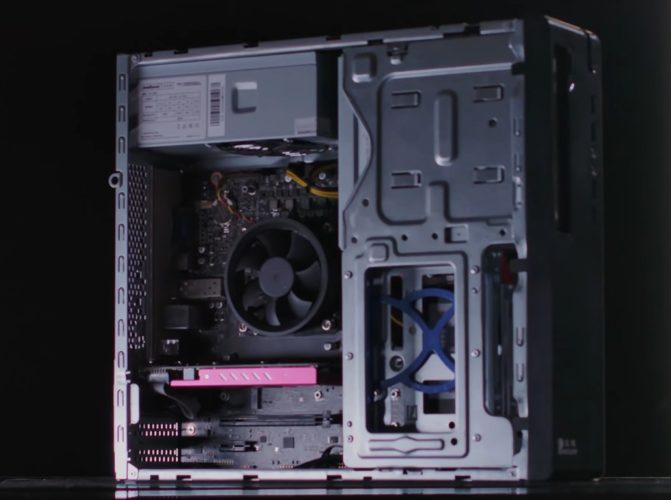 The Kunpeng 920 chip is a 7nm, 64-bit ARMv8 processor with support for up to 8 CPU cores when used in a desktop PC, while the motherboard supports up to 64GB of RAM, up to six SATA 3.0 hard drives, and two M.2 cards for solid state storage.

While the system can handle 4K video streaming, it surprisingly wasn’t able to do very well with local video playback. And while it was able to complete a Blender BMW rendering test, it took nearly 12 minutes, which is pretty slow by modern PC standards.

The biggest problem is software compatibility. The computer runs a Linux-based operating system called UOS and seems to have no support for x86 emulation, which means that at this point you can only run native applications that have been compiled to work with ARM-based chips.

Huawei’s processors aren’t the only home-grown Chinese chips designed for desktop computers though. Chinese company Zhaoxin has been developing x86 processors for the past few years, with support from the Chinese government. And while they aren’t yet truly competitive with the latest processors from Intel or AMD, Zhaoxin chips are at least compatible with the huge number of applications designed for x86 architecture.