Huawei’s been making a name for itself internationally thanks to its Android smartphones. Now the company is getting into the Windows tablet and notebook space with a new device that’s a bit of both.

The Huawei MateBook is a 12 inch tablet with a 2160 x 1440 pixel IPS display, Windows 10 software, support for digital pen input, and a detachable keyboard cover. 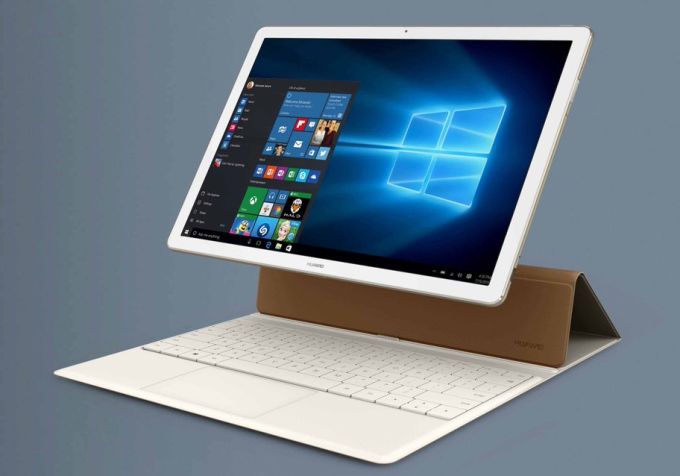 The MateBook has an aluminum unibody design and the tablet measures 0.27 inches thick and weighs about 1.4 pounds, and features slim bezels (Huawei says the tablet has a higher screen-to-body ratio than the iPad Pro or Microsoft Surface Pro).

Prices are expected to start at $699 for a model with an Intel Core M3 processor, 4GB of RAM, 128GB of storage, and Windows 10 Home software. But Huawei will also offer models with Windows 10 Pro, up to a Core M7 processor, up to 8GB of RAM, and up to 512GB of solid state storage.

Note that those prices do not include the keyboard or pen. 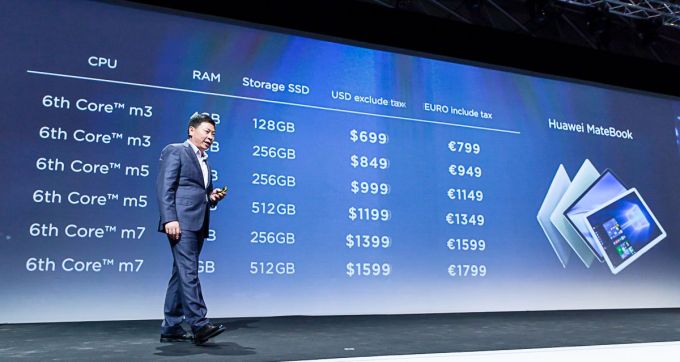 The company says the “Mate Pen” that works with the tablet supports 2048 levels of pressure sensitivity for writing or drawing. It can also be used as a laser pointer or presentation clicker.

The keyboard is spill-resistant, and the tablet has both USB Type-C and Micro USB ports.

There’s also a fingerprint sensor on the side of the tablet and stereo speakers with Dolby Audio.