Chinese manufacturer Huawei will bring a new 7-inch Android tablet called the MediaPad 7 Lite to market soon. The device looks like it will fit into the low-cost tablet market alongside the likes of the Google Nexus 7 and the Samsung Galaxy Tab 2 7.0, though no pricing has been announced. 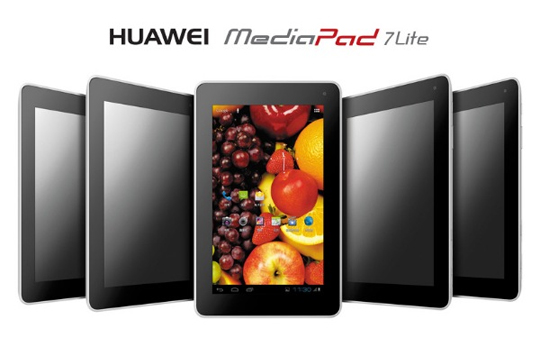 The MediaPad 7 Lite features a 1024 x 600 IPS display, a front and rear camera, a 1.2GHz Cortex A8 processor, 1GB of RAM, 8GB internal storage and the Android 4.0 OS. Huawei outfitted the tablet with a metal unibody, which should feel more upscale than the plastic Nexus 7.

While the MediaPad will provide some competition for the Nexus, the lack of quad-core processor will give the Android gamers out there some pause. And while having a rear-facing camera may seem like an advantage over Google’s tablet, how many people use them to take pictures, anyway?

The spec that may make a bigger difference is integrated 3G with the promise of integrated SMS and MMS messaging. Of course, this might not be offered in the US version, if there I a US version.

For connectivity the MediaPad 7 Lite has b/g/n wireless and Bluetooth 3.0. A 4,100 mAh battery backs it up and should provide some nice longevity.

When will we see this beauty? Who knows? Huawei hasn’t offered up any details.

Update: The tablet will launch in Europe in October for 249 Euros.