Chinese electronics maker Huawei is showing off a tiny new video game console that takes a few pages out of the Ouya playbook… but it’s launching about a year later than the Ouya and it features more powerful hardware.

The Huawei Tron runs Google Android software, connects to your TV via HDMI, and lets you play games using a wireless remote control. What sets it apart from the Ouya is that the Huawei Tron has a faster NVIDIA Tegra 4 processor, 2GB of RAM, and up to 32GB of built-in storage. 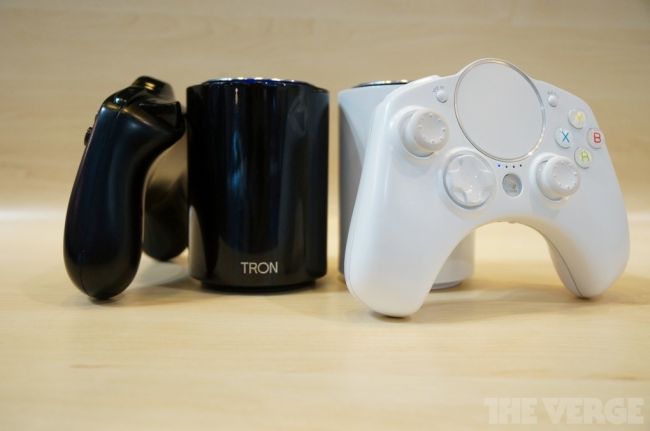 When the Tron goes on sale in China this year, it’ll sell for about $120. That makes it a little more expensive than Ouya’s Tegra 3-powered game system, but much cheaper than other devices with Tegra 4 chips such as the Mad Catz M.O.J.O. or NVIDIA Shield.

The biggest challenge this game console and others like it face is that most Android games were designed for traditional Android devices such as touchscreen phones and tablets. While there are some games that work well with game controllers, many do not.

Still, the more Android-powered game consoles hit the market, the better the changes we’ll see game developers start to design titles designed for this sort of device. For now, the Huawei Tron wireless gamepad has a big touchpad in addition to buttons and direction pads. This should make it possible (if not always pleasant) to navigate touch-centric games without a touchscreen device.

via The Verge and Android Community