Huawei is one of the world’s top smartphone makers, but trade restrictions imposed by the US government over the past year are putting serious pressure on the company’s business model.

Soon the company will no longer be able to buy chips from most major semiconductor companies, or even build its own chips using technology developed by US companies. 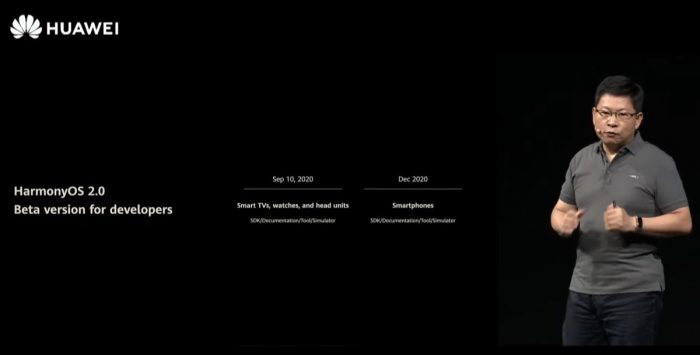 Harmony OS has been Huawei’s plan B for a while, but up until now the company has only offered versions of the operating system for smart TVs and other smart home products.

Technically Huawei can continue shipping phones with the open source version of Google Android. But the company has already stopped loading the Google Play Store and other key Google apps on its phones, and US restrictions are stopping Google from even releasing updates for older Huawei phones that shipped prior to the trade ban.

Shipping Android phones in China without access to the Google Play Store and official Gmail, YouTube, Google Maps, or Chrome apps in China wasn’t a dealbreaker because most phones sold in that country lack those features. But it’s a tougher sell in other markets where customers expect an Android phone to have those apps.

Breaking away from Android altogether will let Huawei develop its own app store and ecosystem for its smartphones, which could be a smart move in the long run given the uncertain state of affairs Huawei finds itself in at the moment.

A Harmony OS 2.0 software developer kit for smart TVs, watches, and head-up displays is available starting today, with a Harmony OS 2.0 beta for smartphones coming in December. There’s also a roadmap for an OpenHarmony project set to launch next year that will be an open source version of Harmony OS (similar to the Android Open Source Project).

What remains unclear is whether Huawei has the clout in its home country to attract developers to its new platform. What’s even less clear is whether any clout the company has will extend beyond China.