The Huawei TalkBand is an unusual wearable device which you can wear on your wrist to use as a fitness tracker or pop out of the wrist strap and use as a Bluetotooth headset for your smartphone.

Last year Huawei launched the TalkBand B1. This year the company has a new model with a more attractive design. The Huawei TalkBand B2 features a metal case and support for changeable wrist straps.

The TalkBand B2 supports up to 5 days of operation, 6 hours of talk time, or 12 days of standby time.

It has a 0.73 inch touchscreen display, a 6-axis motion sensor, a hinge that’s designed to fit small or large wrists, and a choice of 15mm wrist straps in TPU plastic or leather.

The Huawei TalkBand B2 sells for 169 Euros and up. 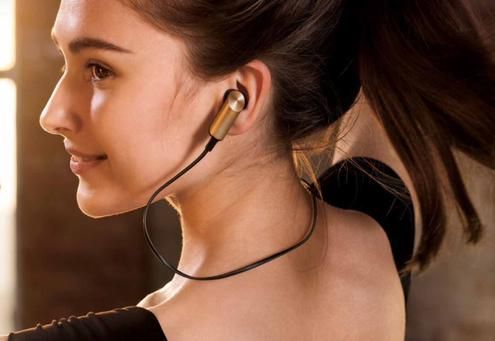 The company is also introducing a new set of wireless earbuds called the Huawei TalkBand N1 which include speakers, a micrphone, and 4GB of embedded storage for music playback. Huawei says the TalkBand N1 offers up to 7 hours of music playback on a charge.

TalkBand N1 headsets will be available in gold, gray or red for 119 Euros.