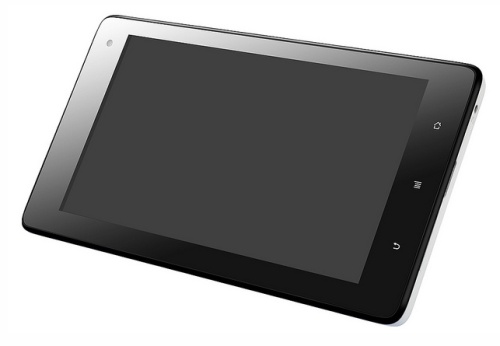 Huawei is showing off a few pictures of a new tablet called the S7 Slim which will launch next week at Mobile World Congress.

The company already offers an S7 tablet which features a Qualcomm Snapdragon processor, a 7 inch, 800 x 480 pixel display, and runs Google Android 2.x. If I had to guess, I’d say the new model will be… thinner. It also looks like the button layout has been retooled, with the Android keys moved from the left to the right side of the tablet, and the camera has been moved to the left.

The optical finger navigation key which was on the original Huawei S7 also appears to have been removed, which makes sense since there’s not really much need for this mouse-like button on an Android tablet. But it was one of the things that really made the S7 stand out from the crowd.