Smartphones with dual camera systems are old hat. Huawei is apparently working on a phone with three cameras on the back.

And that’s not even the craziest thing about the Huawei P20 Pro’s camera system. According to WinFuture, a leaked spec sheet shows that the main camera will have a 40MP image sensor. 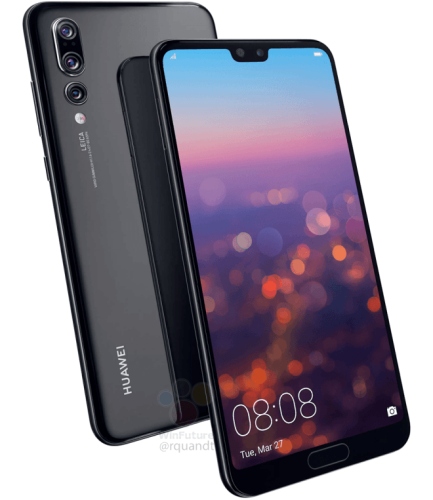 While pixel count certainly isn’t everything, we haven’t seen a smartphone camera with that kind of resolution since the Nokia Lumia 1020 was launched in 2013. One of the most interesting things about that phone was that it had a sort of pseudo optical zoom capability that allowed you to crop a high-resolution photo to zoom in on a specific area without the need for additional camera lenses.

Huawei’s upcoming P20 Pro, meanwhile, has both a 40MP main camera plus an 8MP camera with a 3x telephoto lens. By combining both features, Huawei’s phone should support up to 5x “hybrid” zoom.

The third camera has a 20MP sensor which can be used for depth effects, among other things.

Like a bunch of other recent Huawei phones, the P20 Pro has Leica branding, suggesting the company worked with the lens maker on the phone’s camera system.

Other camera features are expected to include F/1.6 and F/2.4 apertures for the two primary cameras and support for recording 960 frames per second slow-motion videos at 720p resolution (matching the Samsung Galaxy S9, but falling below the Sony Xperia XZ2 which can do 960fps at 1080p).

It should ship with a Kirin 970 octa-core processor and feature 6GB of RAM, 128GB of storage, and a 4,000 mAh battery. It has a USB 3.1 TYpe-C port, but no headphone jack. And the phone has an IP67 rating for water and dustr resistance.

WinFuture reports that the Huawei P20 Pro will sell for 899 Euros in Europe. That’s about $1100 US, but it’s not clear if this model will be offered in the United States or if that’ll be how much it costs if it does.