Chinese device maker Huawei has been turning headlines lately with its Android smartphones. But the company also has an Android TV box in the works. It’s called the Huawei MediaQ M310, and it’s one of the few Android devices designed for use with a TV to feature a quad-core ARM-based processor. 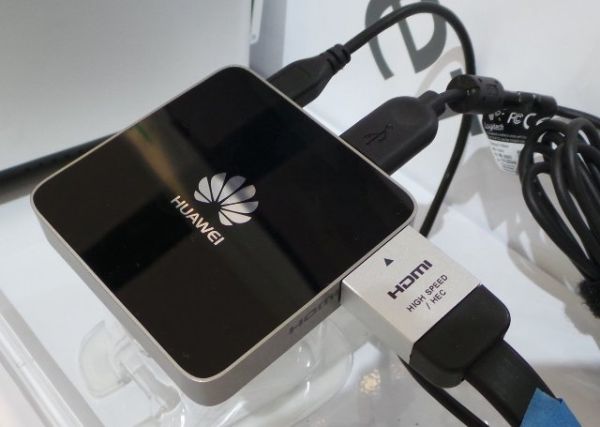 The MediaQ M310 is powered by a HiSilicon K3V2 ARM Cortex-A9 quad-core chip, 1GB of RAM, and 4GB of storage. There’s also a microSD card slot for extra storage.

It features Vivante GC4000 graphics and includes HDMI input and output with support for 1080p HD video. There are also 2 USB 2.0 ports, SPDIF audio, and a 3.5mm audio jack.

The device runs Google Android software, but it has a customized user interface designed to make the OS easier to use on a TV. But it’s not a Google TV box, which means that you should be able to run most Android apps on the MediaQ M310, not just software optimized for Google’s TV-specific platform.

Huawei plans to bring the M310 to market within a few months, and sell it for around $80 or less.

The company also has a higher-end version called the MedaiQ M810 with 2GB of RAM, 8GB of storage, Ethernet, a TV tuner, and hard disk drive bays.