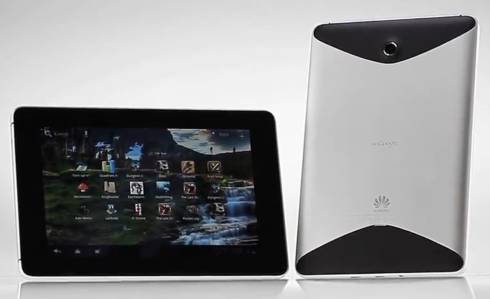 After releasing sneak peeks for the past few weeks, Huawei has officially unveiled the MediaPad tablet. It features a 7 inch display and it’s designed to run Google Android 3.2, which is basically the same thing as Android 3.1, but which Huawei says is designed for 7 inch tablets.

The tablet measures 10.5mm thick, which is about 0.41 inches. That makes the tablet a bit thicker than an iPad 2 or Samsung Galaxy Tab 10.1, but the 0.86 pound weight will help make up for it.

Huawei says the tablet will have a 6 hour battery and support for 1080p HD video playback. There’s also an HDMI port for connecting the MediaPad to a TV.

There’s no word on the price, but the MediaPad is expected to ship in the third quarter of 2011.