The Huawei MediaPad is a 7 inch Android tablet with a 1280 x 800 pixel display and a 1.2 GHz Qualcomm Snapdragon dual core processor. It’s already available in the US from T-Mobile, where the tablet is called the Springboard, but Huawei has announced that AT&T is now offering the tablet as well. 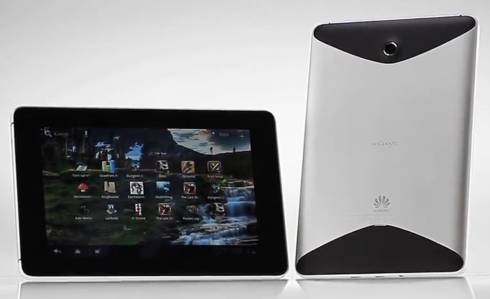 The AT&T is aimed at enterprise customers and you probably won’t find it at your local AT&T Store just yet. It’s designed to work on the carrier’s HSPA+ mobile broadband network.

The tablet has a 1.3MP front-facing camera and a 5MP rear camera, an IPS display with wide viewing angles, and Google Android 3.2 Honeycomb operating system.

While the Huawei MediaPad was one of the first devices to ship with Android 3.2, the software is starting to look a bit dated now that Android 4.0 is available for other phones and tablets. Google’s latest operating system includes improved notifications, the ability to remove apps from the recently used menu, and other tablet-friendly tweaks.