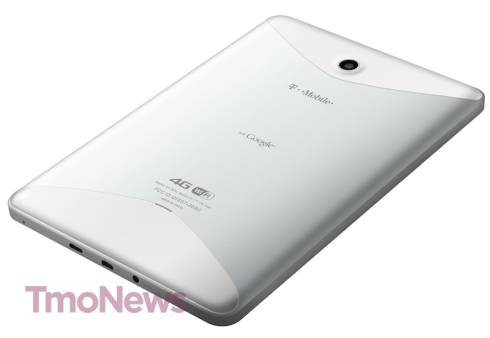 Huawei introduced a new 7 inch Android tablet called the MediaPad this summer. Now it looks like the Chinese company is getting ready to ship the MediaPad to the US, with the help T-Mobile.

The folks at TmoNews dug up a few details about an upcoming T-Mobile tablet from Huawei, and it certainly looks a lot like the MediaPad. I suspect T-Mobile will rebrand it before selling the 4G capable tablet in the States though.

The tablet features a 1.2 GHz Qualcomm Snapdragon dual core processor and Android 3.2 Honeycomb operating system. It has a 7 inch, 1280 x 800 pixel IPS display, 16GB of storage and a 4100mAh battery.

The MediaPad measures 0.41 inches thick and weighs about 0.86 pounds, supports GPS, 1080p HD video playback, and HDMI output. There’s always a chance that the US version might be a little different from the version announced in June though.

TmoNews reports that the tablet could cost about $200 for customers that sign up for a two year service contract, but that price may not be final yet.