Huawei’s MediaPad M3 tablet features an 8.4 inch high-resolution display, a Kirin 950 octa-core processor, 3GB of RAM, and 32GB of storage… and as expected, it’s now available in the United States.

Amazon is taking orders for the tablet for $299. It’s expected to begin shipping November 20th. 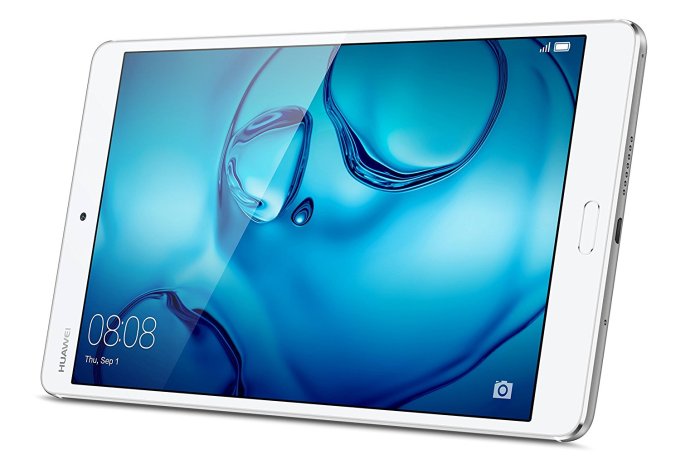 In a nutshell, the tablet has the same processor and software experience as Huawei’s $400 Honor 8 smartphone, but it has a larger and higher-resolution display, a little less RAM, and… you know, it’s not a phone.

At a time when most new Android tablets from companies other than Samsung and Google seem to be destined for the bargain bin, it’s nice to see a model with decent specs. This model has a much better screen and a much faster processor than those found on $50 devices like the Amazon Fire and the new $50 B&N NOOK tablet. But it also costs about six times as much…