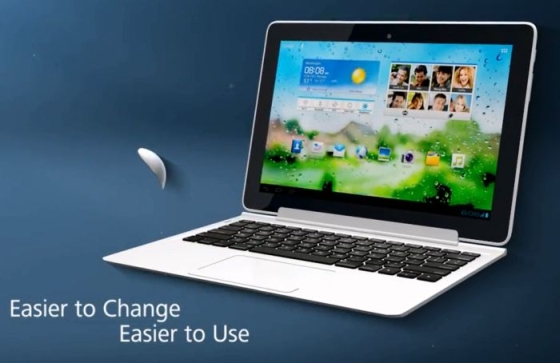 It has an aluminum-alloy case and measures 0.35 inches thick and weighs less than 1.3 pounds.

There’s also an optional keyboard docking station that lets you use the tablet like a laptop. The dock also adds Ethernet and USB ports.

The company plans to ship the tablet in Germany, Sweden, Belarus, Bahrain, and Kuwait in September. Other countries will get the tablet after that, but there’s still no word on the US launch date or price.

One reply on “Huawei MedaiPad 10 FHD tablet shipping in September”