Huawei has been selling tablets under the MatePad brand for years, but for the most part they’ve been Android-powered devices with full color displays. The new Huawei MatePad Paper is something different: it’s a device with a 10.3 inch, 1872 x 1404 pixel grayscale E Ink display and pen support running Huawei’s own HarmonyOS software. 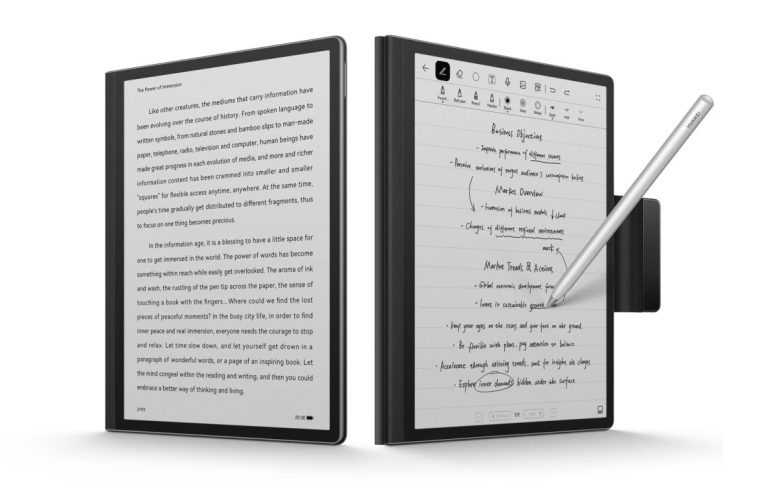 The MatePad Paper features slim bezels for a 86.3% screen-to-body ratio, an E Ink display that supports 256 shades of grey, and support for 32 levels of illumination, making the screen easy to view outdoors in direct sunlight or indoors in dim to no light.

Huawei says the screen refresh rate is adjusted automatically to help conserve battery life when you’re viewing static content, while enabling higher rates when using apps or features that benefit from smoother scrolling. Theoretically you could even watch videos or play games. 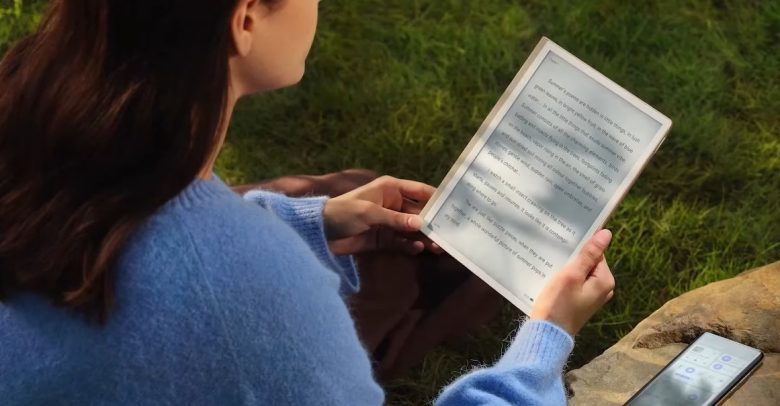 With support for Huawei’s M Pencil stylus, you can write notes or draw pictures on the display or annotate eBooks or other content. There’s support for 4096 levels of pressure sensitivity and Huawei says the pen has just 26ms of latency, for an experience that feels like pen on paper.

There are also four microphones with support for recording voice notes as well, and stereo speakers for playing music, audiobooks, or video, among other things.

The tablet’s €499 price tag includes both the M Pencil and a folio cover.

The E Ink tablet has 4GB of RAM and 64GB of storage and it’s powered by a Kirin 820E processor, a six-core chip featuring 3 ARM Cortex-A76 cores @ 2.22 GHz and three Cortex-a55 cores @ 1.84 GHz and ARM Mali-G57 MP6 graphics. It’s probably one of the most powerful processors to date for an E Ink tablet.

Other features include a fingerprint reader, and support for up to four weeks of standby battery life from the tablet’s 3625 mAh battery (expect substantially less if you’re heavily using the tablet).

There are still some details that Huawei hasn’t revealed: we don’t know what processor powers the MatePad Paper. And we don’t know what countries it will be sold in. It’s also unclear how HarmonyOS will stack up against alternate operating systems: some recent eReaders and E Ink tablets run Android with a custom user interface, while many others, including Amazon’s Kindle devices have a proprietary operating system (although some may be running atop a Linux kernel).

All of which is to say that Huawei is hardly the first company to release a tablet with an E Ink display that’s good for more than just reading eBooks. But it’s certainly one of the biggest companies to do so in a while.

Update: Notebook Italia was on-site at MWC and had a chance to check out the Matepad Paper in person. You can see it in action in a hands-on video:

The MatePad Paper will be available soon in black, khaki, and blue color options.

The newest member to the MatePad family, reviving your reading & office experience.#SuperDeviceSuperCreativity pic.twitter.com/d4nm5Olb1k

via Huawei, Engadget, and TechAdvisor