Huawei’s MateBook X Pro has earned a reputation as one of the best thin and light laptops around since the company launched its first model in 2018. This year Huawei is kicking things up a few notches with a new model sporting a high-resolution display with a 90 Hz refresh rate, a 3:2 aspect ratio, slim bezels, and other premium features including six speakers (including four woofers).

First announced in China a few months ago, Huawei is using Mobile World Congress as a global coming out party for the MateBook X Pro (2022). The laptop should be available soon in select markets – but it has a premium price to match its premium specs. It’s expected to sell for €1,899 (~$2140). 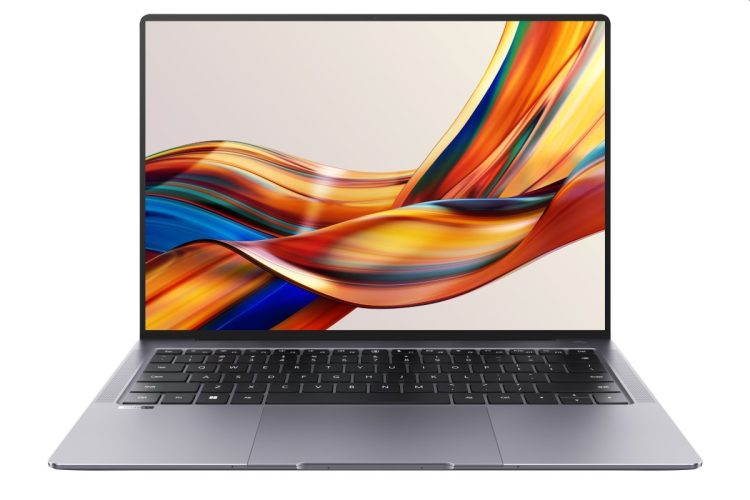 The laptop has plenty of features to help justify that price, including a 14.2 inch, 3120 x 2080 pixel touchscreen display, bezels slim enough for a 92.5% screen-to-body ratio, 500 nits brightness, and a 720p webcam above the display.

It also features 16GB of LPDDR4x memory, a 1TB M.2 SSD, four microphones, a fingerprint sensor in the power button, four USB Type-C ports, a headset jack, and support for WiFi 6 and Bluetooth 5.1.

All of that’s crammed into a compact design with the laptop sporting an aluminum alloy chassis measuring just 0.61 inches thick and weighing just 3.1 pounds, despite an improved cooling system with dual fans and three air intakes, which Huawei says brings 60 percent more airflow.

Unfortunately the laptop has one potential Achilles’ Heel: it’s powered by an Intel Core i7-1195G7 processor. While that’s probably the best processor from Intel’s 11th-gen Core U lineup, it’s one of last year’s best chips rather than one of this year’s. Huawei says it will offer models with 12th-gen Intel Core chips later this year, but it feels a little late in the game to launch a $2000+ notebook powered by a previous-gen processor when this year’s chips are expected to bring significant performance gains.