The Huawei Matebook is a 12 inch Windows tablet with a high-resolution display, an Intel Core M Skylake processor, and support for an optional keyboard cover and an optional digital pen.

First unveiled in February, Huawei has now announced that the Matebook is coming to America starting July 11th.

It’s available for pre-order from the Microsoft Store for $699 and up… with an emphasis on up if you want all the available bells and whistles. 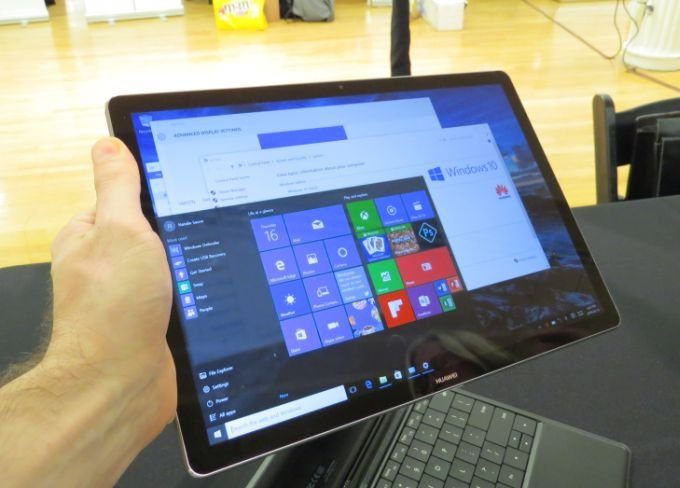 An entry-level model has an Intel Core M3 processor, 4GB of RAM, and 128GB of storage. But Huawei will offer models with up to a Core M5 processor, up to 8GB of RAM, and up to 512GB of solid state storage in the US, with a top-of-the-line model selling for $1199.

The detachable keyboard cover sells for $129, and Huawei offers an optional $89 dock with USB, Ethernet, HDMI, and VA ports as well.

Huawei’s digital pen accessory supports 2048 levels of pressure sensitivity for writing or drawing, and the pen is priced as $59.

The tablet has a 2160 x 1440 pixel display and it weighs about 1.4 pounds and measures less than a third of an inch thick. It has a fanless design and features a USB Type-C port, stereo speakers, and a fingerprint scanner.

While the $699 starting price makes the Matebook a bit more expensive than many Windows tablets. But it’s $150 cheaper than an entry-level Microsoft Surface Pro 4 tablet with similar specs (although you don’t have to pay extra for a digital pen if you buy Microsoft’s tablet).