Huawei’s latest foldable phone has an 8 inch, 2480 x 2200 pixel flexible display that allows you to use the device like a tablet or fold it in half and close it like a book. But when it is folded it’s also a perfectly usable smartphone thanks to a 6.45 inch, 2700 x 1160 pixel screen on the cover.

Both of the screens on the new Huawei Mate X2 are OLED displays with 90 Hz refresh rates, and the phone’s other premium specs include a speedy processor, support for fast charging, and a high-end camera system.

But there are a few things to keep in mind when looking at this phone. First, it will only be available in China, at least for now. Second, it ships with Android, but lacks access to the Google Play Store or other Google services. And third, it’s really expensive – prices start at 17,999 yuan (nearly $2800). 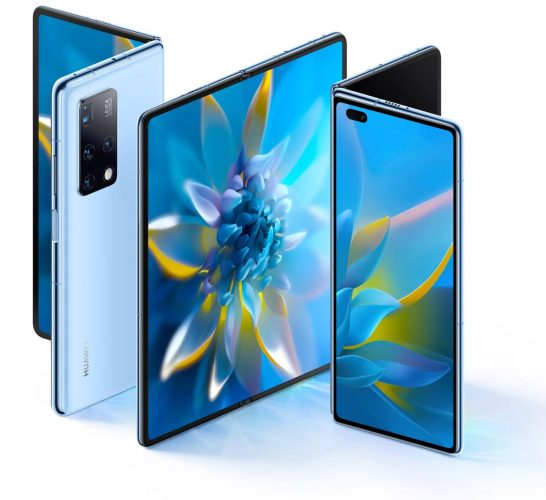 Huawei has had a rough few years thanks to US trade restrictions which limit the company’s ability to do business with international companies like Google and Qualcomm. While Huawei has a plan B for software (the company is starting to transition from Android to its own Harmony OS – although the latest version really seems to be just a fork of Android), it’s unclear what the future holds for Huawei hardware.

That said, the Mate X2 certainly looks like a phone that would have a lot going for it were more widely available and priced more competitively. 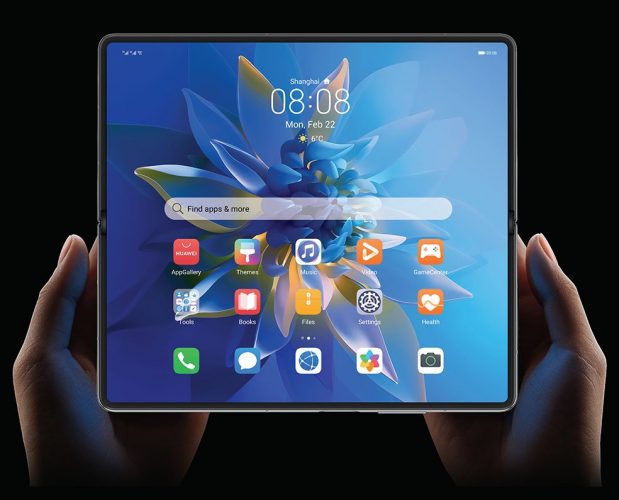 The phone is powered by a Huawei Kirin 9000 processor, features a 4,500 mAh battery and support for 55 watt fast charging. It supports 5G networks and has WiFi 6 and Bluetooth 5.2 functionality plus a USB 3.1 Gen 1 Type-C port. 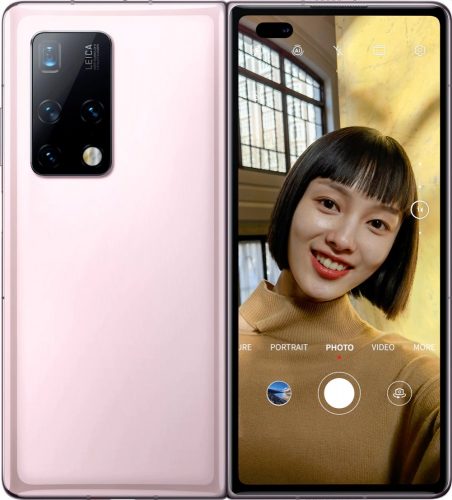 Unlike Samsung’s Galaxy Z Fold2 smartphone, which has similarly-sized internal and external displays, the Mate X2 is designed to fold entirely flat without any gap near the seam. Weighing 295 grams, Huawei’s phone is a tiny bit heavier than Samsung’s 276 gram foldable phone though.

While it’s unclear if this phone will be available outside of China anytime soon, it does show that Samsung has a bit of competition in terms of design, if not necessarily sales – although it may be too soon to count Huawei out entirely. While the company’s smartphone shipments have slowed dramatically since the US began imposing restrictions, Huawei was still the fifth largest phone maker in the world at the end of 2020, based on shipments.

One reply on “Huawei Mate X2 has an 8 inch foldable display and a 6.45 inch cover display”