Huawei’s new flagship smartphone sports an octa-core processor, a 5.5 inch full HD display, 3GB of RAM, a 13MP rear amera, and a 2700 mAh battery. But those features would hardly be enough to make a phone stand out in 2015.

Here’s what’s really special about the Huawei Mate S: It’s the first phone to be available with a Force Touch display.

The technology allows the phone to detect different levels of pressure, so it can tell the difference between a soft or long press, and allow you to do things like zoom in on a photo by pressing the screen. Want to zoom more quickly? Apply more pressure. 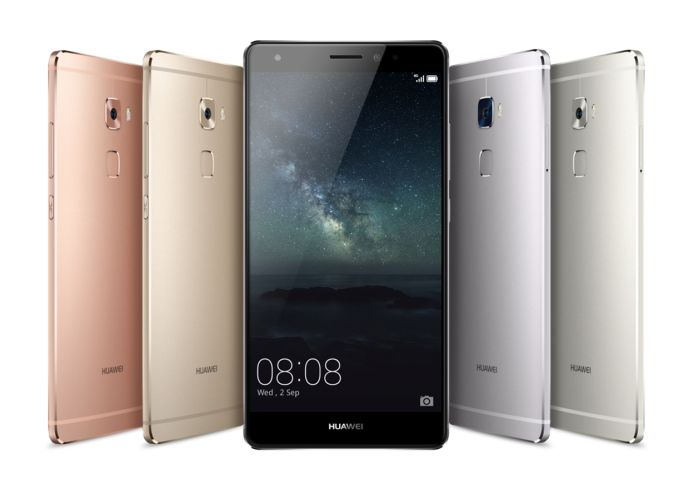 Huawei says the Mate S will be available with Force Touch in select markets, suggesting that not all versions of the phone will have the feature.

Apple uses Force Touch on the Apple Watch and the company’s rumored to be building the feature into upcoming iPhone models. But Huawei is the first company to officially announce a phone with Force Touch capabilities.

The Huawei Mate S ships with Google Android 5.1, which doesn’t include native support for Force Touch yet, so in order to make use of the feature you’ll need to rely on Huawei’s software.

Right now the company is only talking about using Force Touch to launch apps or zoom in photos… but we could see more applications from Huawei in the future, and if the technology is more widely adopted maybe future versions of Android will feature native support.

Speaking of software, other features of the Huawei Mate S the latest version of Huawei’s Knuckle Sense software, which lets you switch apps by drawing letters on the screen, crop or copy images by outlining it with a knuckle, and double-tapping a video with your knuckle to capture a clip.

Other features of the Huawei Mate S include a Krin 935 processor, 32GB of storage, an 8MP front camera, and a fingerprint scanner which the companies says is up to 100 percent faster than on previous models. The phone supports 4G LTE networks and features dual SIM card slots.

Huawei says the phone features quick charging, allowing you to charge the phone for 10 minutes to get two hours of talk time.