Huawei may be the world’s top smartphone maker at the moment when it comes to the number of devices shipped. But due to actions by the US government, the company is going to have a hard time sourcing components for its phones soon.

In fact, the company won’t even be able to continue making its own smartphone chips much longer.

Huawei CEO Richard Yu says that the upcoming Huawei Mate 40 will be the company’s last flagship to ship with a high-end Kirin processor. 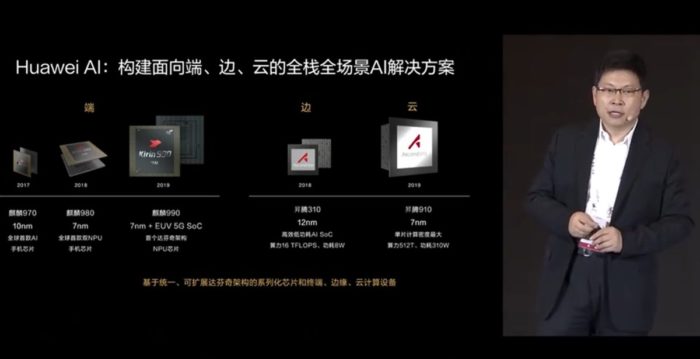 The announcement comes a few months after the US government effectively blocked American companies from doing business with Huawei.

That means that not only can Huawei not buy parts from US-based companies like Qualcomm. But as of September 15, 2020, it also means that overseas companies like Taiwanese chip manufacturer TSMC cannot use equipment purchased from US companies to manufacture Huawei’s own processors for the Chinese electronic company.

As a recent op-ed in Bloomberg points out, that means it’s likely that Huawei will have to buy chips from MediaTek or other third-party chip makers based outside of the United States in the future, since the US order doesn’t seem to prohibit that.

It’s unclear what that will mean for Huawei’s future in the smartphone space. While the company’s Kirin chips have been very competitive with the latest Qualcomm and Samsung processors, MediaTek is better known for its processors for low-end and mid-range devices. The company does offer some high-end chips such as the MediaTek Dimensity 1000, but they have not been widely adopted.

This isn’t the first time that Huawei has been hit by US sanctions. Last year the company began shipping its Android smartphones without access to the Google Play Store or other official Google apps such as Gmail, YouTube, Chrome, and Google Maps. But that doesn’t seem to have been enough to stop the company from taking 1st place in smartphone shipments in the most recent quarter… largely due to Huawei’s strength in its home market of China.

So maybe it’s too soon to count the company out. But for now, Yu says that supplies of the upcoming Huawei Mate 40 will likely be limited, due to the chip supply issues.