The Huawei Mate 30 Pro is the first smartphone capable of shooting slow motion video at 7,680 frames per second — a superlative that I don’t think any other company was chasing. But that’s not the only thing that makes the phone stand out. It’s also supports real-time bokeh effects while shooting video (which means the background is blurred while the object in the foreground stays in focus). And the Huawei Mate 30 Pro is the company’s first phone with a “Horizon” style display that wraps around the sides of the phone at an 88-degree angle for a zero-side-bezel look (similar to the Vivo Nex 3), and virtual volume and camera shutter buttons that you can trigger by touching either the right or left sides of the screen.

The Mate 30 pro is also Huawei’s first phone with a dedicated gesture sensor for touch-free interaction.

Oh, and it will also be one of Huawei’s first Android phones to ship outside of China without the Google Play store pre-installed. 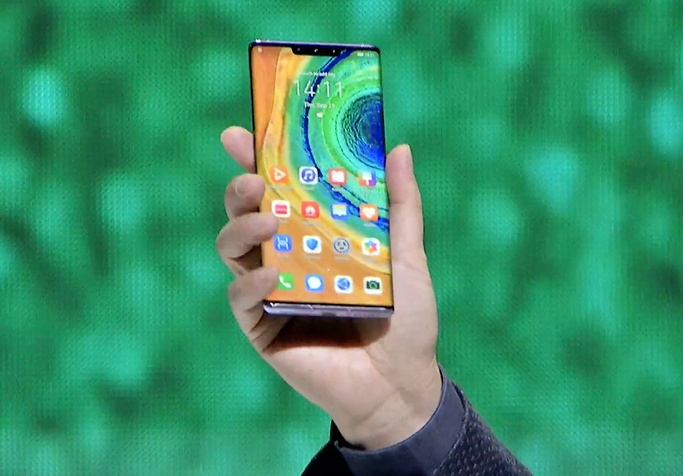 Both phones feature Huawei’s Kirin 990 processor which the company says offers a significant performance boost over the 980, along with integrated support for 5G.

But only the Pro model has the Horizon display, super slow-motion features, support for 3D face unlock, and hands-free gestures. It also has a bigger battery, a better water and dust-resistance rating, and a few other bells and whistles.

On the other hand, while standard Mate 30 lacks some of those features… but it does have an in-display fingerprint sensor and a headphone jack — two features which the Pro model lacks.

Huawei has also updated the design of its new phones — there are four cameras arranged in a “Halo Ring” circle on the back of the phone, and both the Huawei Mate 30 and Mate 30 Pro will be available in a range of color options… as well as new “Vegan Leather Edition” models with synthetic leather backs in a couple of different colors.

Oh, and with all the fancy new camera features in Huawei’s smartphones, the company figures you might want to use it as your primary camera… so the company is introducing an optional new accessory: a handheld, wireless studio light designed for use with the company’s smartphones. Here are some of the key specs for each new smartphone.

Huawei says both phones support an optional Hauwei M-Pen, with 4096 levels of pressure sensitivity for drawing or writing. And both will ship with Android 10 and the latest version of the company’s EMUI user interface and suite of apps.

Huawei acknowledges that due to US trade restrictions, its new phones will not feature Google Mobile Services (GMS) including the Play Store or other key apps such as Gmail, YouTube, or Google Maps. But the company says it’s developed its own HMS set of services for messaging, location, mobile payments, and other features. 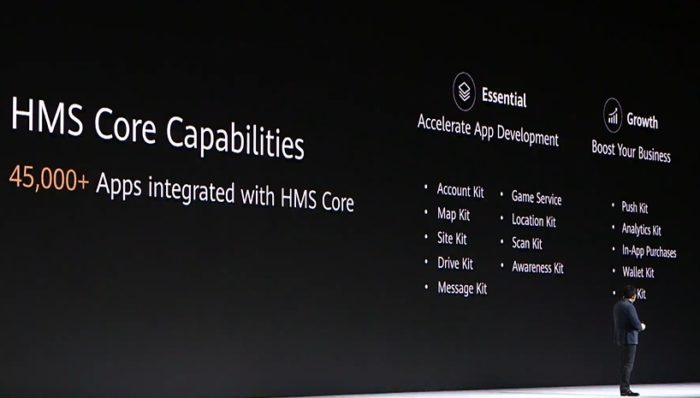 Huawei plans to spend $1 billion to encourage developers to create apps that take advantage of the HMS Core services through development, growth, and marketing funds. 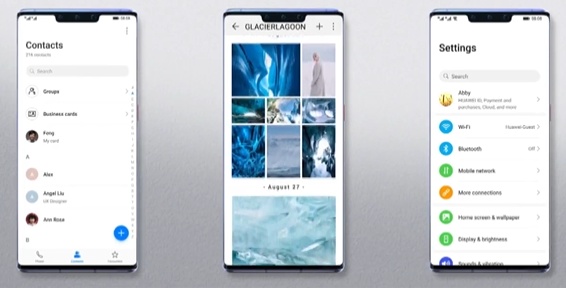 It features a new system-wide dark mode and support for touch-free gestures with the Mate 30 Pro including swiping your hand in front of the screen to scroll, or making a grabbing motion to screen capture.

The Mate 30 Pro can also track the position of your eyes for automatic screen rotation. This can prevent the screen from rotating unintentionally when you shift your grip or lie down, for example.

AI Auto-Rotate allows you to move freely while your #HuaweiMate30 Series phone follows your eyesight so you can view from any angle.#RethinkPossibilities pic.twitter.com/kzj5dgq1J3

The new Huawei Mate 30 RS Porsche Design Edition has all the same basic features of the Mate 30 Pro and then some — it packs 12GB of RAM and 512GB of storage and features a hand-crafted leather back that’s available in two color options: black or red with a black stripe. You can check out the entire Huawei Mate 30 Series press conference below: