Huawei’s smartphone hardware has gotten really good over the last few years. The company offers some of the best smartphone camera systems on the market and its Kirin processors are some of the best-performing chips available for Android phones.

Unfortunately the company is under tight trade restrictions imposed by the United States which means that its phones ship without the Google Play Store or Google Play Services… and now the company is having a hard time sourcing components – even including the processors it designs in-house.

All of which is to say that Huawei just introduced the Huawei Mate 40 Pro, Mate 40 Pro+, and Porsche Design Mate 40 RS, and they’re some of the company’s most compelling new smartphones yet. But most people probably aren’t going to want to buy them… and due to supply constraints and limited availability in some parts of the world, you may not be able to anyway.

The Huawei Mate 40 Pro is the company’s latest flagship and it features a Kirin 9000 processor, a 6.8 inch, 90 Hz OLED display, support for 50W fast charging, and four cameras arranged in a circle on the back of the phone.

The primary camera is a 50MP shooter with optical image stabilization, and it’s joined by a 20MP wide-angle camera, a 12MP 5X periscopic telephoto camera, and a Time of Flight sensor for depth.

Reviewers say the phone is one of the best around when it comes to zoom and low-light photography.

Unfortunately Huawei is still trying to cope with the way the US government shut it off from working with Google and other US companies. So while the phone is still running a version of Google’s Android operating system, it has the Huawei App Gallery instead of the Google Play Store, and many popular apps aren’t available.

This may not be a problem in Huawei’s home country of China, where phones generally don’t include Google Play. But it makes Huawei phones a touch sell in most other regions. Next year Huawei plans to begin shipping phones with its own Harmony OS instead of Android… although it’s not clear if that will solve the problem or make the phones even less attractive to potential customers. 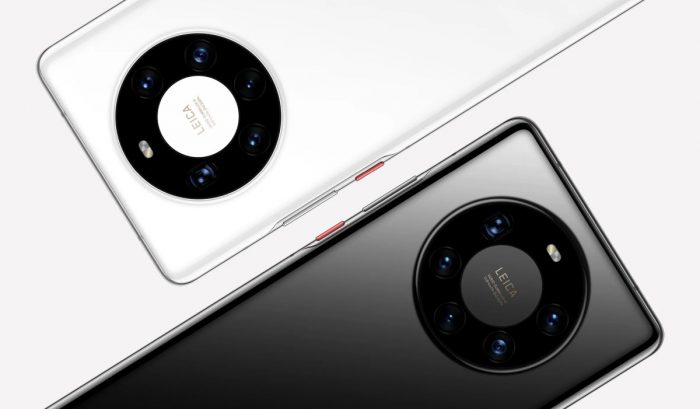 The Huawei Mate 40 Pro+ is similar in most respects, but it adds an additional camera so you get 10X and 3X telephoto lenses, a ceramic body, and extra RAM (12GB, compared with 8GB for the standard model).

Finally there’s the Porsche Design Huawei Mate 40 RS which has five cameras and a ceramic back, but a Porsche-inspired physical design (with a racing stripe) and home screen wallpaper.

The phones will be available in Europe starting Nov 13 for €899 and up, but in the face of trade restrictions, it’s unclear if the company will be able to produce enough units to meet demand… even if demand for these phones is likely to be limited outside of China.

via The Verge, xda-developers, GSM Arena, and Engadget

6 replies on “Huawei launches some of the best phones you can’t or shouldn’t buy (Huawei Mate 40 Pro, Pro+, and RS)”