Chinese device maker Huawei’s latest processor is a 64-bit, 8-core chip called the Kirin 620. The octa-core chip is based on ARM’s CortexA-53 architecture and it’s aimed at mid-range phones, tablets, and other devices.

The processor also supports 4G LTE cat 4 with speeds up to 150 Mbps. 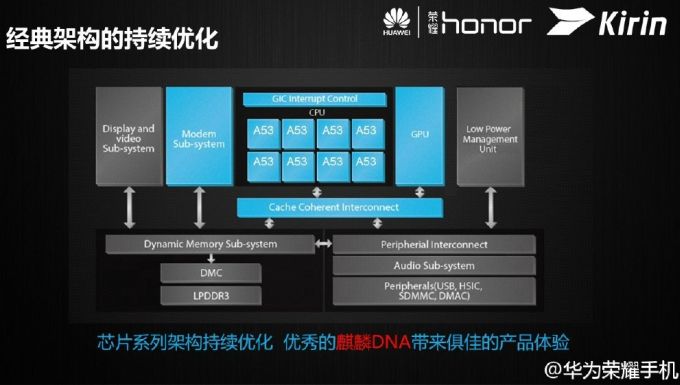 It’s likely that we’ll see Kirin 620 processors in Huawei smartphones or tablets next year, but it’s not clear if any other device makers plan to use the processor.

Even so, the Kirin 620 looks like a relatively light-weight entry: with a 1.2 GHz clock speed, it’ll go head-to-head with Qualcomm’s Snapdragon 410 processor rather than the faster Snapdragon 610 and 615 chips which offer speeds up to 1.7 GHz or MediaTek’s MT6795 processor which tops out at 2.2 GHz.