Huawei is joining the octa-core party with its new Kirin 920 processor. The chip has four ARM Cortex-A15 processor cores, four lower-power ARM Cortex-A7 cores and ARM’s big.LITTLE technology to make them work together. 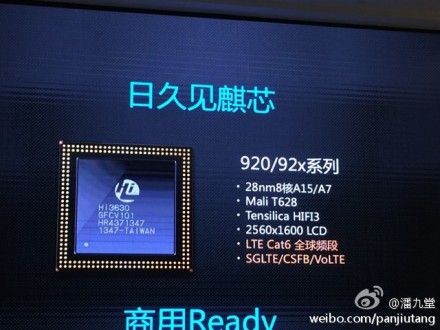 Don’t expect to see data speeds that high in the US anytime soon. But wireless carriers in Asia and Germany have already begun to roll out support for LTE Cat 6.

It’s likely one of the first phones to feature the new processor could be the upcoming Huawi Mulan with a 1080p display and 3GB of RAM… although leaked benchmarks for that phone show that it has an 8-core processor with Mali-T624 graphics, not T628.

via Engadget and G for Games