Huawei’s laptops have made a bit of a splash in recent years thanks to a combination of strong performance, design, and build quality.

But Huawei is a relative newcomer to the personal computer space, having introduced its first tablet in 2016 and its first laptop just a year later.

So with the company still dealing with the fallout of US trade policy generally as well as those targeted specifically at Huawei, it’s unsurprising to see Huawei looking for alternatives to US-based software. Huawei’s Harmony OS is coming to smart TVs and other devices (possibly including phones). And it looks like Huawei is already selling laptops with Linux software in China. There’s no word on whether the company plans to use Linux rather than Windows in other markets. 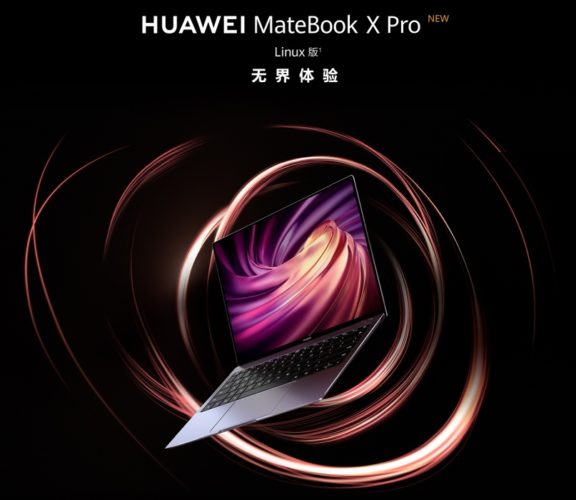 As noted by the folks at Tech Republic, Huawei is offering versions of three laptops running Deepin Linux at VMALL, a Chinese retail website:

That means Huawei has found a way to sell laptops that don’t run Microsoft’s Windows operating system, and it also means that Chinese customers who don’t want Windows (or plan to install it on their own), can save around $40 to $80 off the price of their laptops.

Deepin is a Debian-based Linux distribution designed in China, but available worldwide. While that’s led to some concerns over the possibility of security or privacy-invading software, Deepin is open source software and last I’d checked, nobody had found any malware or spyware in the code, although that doesn’t mean it isn’t there — just that nobody has spotted anything suspicious yet. The Deepin website and app store do use an analytics service though, if that’s something that concerns you.

All of which is to say that while it makes sense for Huawei to choose a Linux distribution that originates in China for laptops it sells to Chinese customers, I suspect that if and when we see Huawei Linux laptops in the west, they’d be more likely to run Ubuntu, Debian, or some other operating system.

13 replies on “Huawei is selling Linux laptops in China”