Huawei is adding a new 7 inch tablet to its lineup. The Huawei MediaPad 7 Youth is due out in the third quarter of 2013, and sports a dual-core processor and an emphasize on media playback. 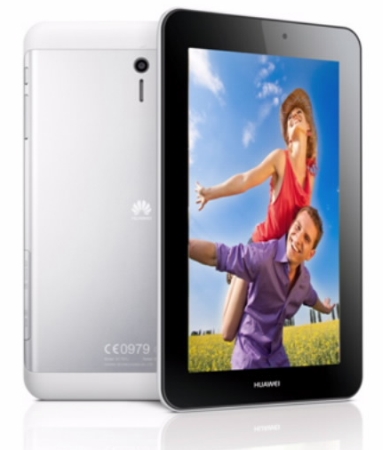 The Huawei MediaPad 7 Youth has a 1.6 GHz dual-core processor and a 4100mAh battery, which the company says is good for up to 2 weeks of standby time. There’s no mention of how long you can actually use the tablet for though.

Huawei’s press release says the 7 inch tablet supports 1080p full HD video playback — and many folks are taking that as an indication that the MediaPad 7 Youth has at least a 1920 x 1080 pixel display. I’m reserving judgement until we see an official spec sheet. It might just mean that the tablet can play 1080p video, not that you can see every pixel. You may also be able to send it to an external display via an HDMI cable.

Anyway, back to things we do know about the tablet. It runs Android 4.1 Jelly Bean, has an aluminum unibody case, and a 10-point capacitive touchscreen.

The MediaPad 7 Youth supports WiFi, HSPA+ mobile broadband, and you can use it as a phone thanks to support for voice calling, SMS, and MMS.

It also doesn’t look like Huawei plans to offer this tablet in the US. It’s expected to hit parts of Asia, Europe, and the Middle East in Q3, 2013.

We got our first look at the tablet when it showed up at the FCC last month.