Huawei’s newest smartphone is one of the world’s thinnest. It measures just 6.18mm thick, or about 0.24 inches and weighs about 4.2 ounces.

The rest of the specs for Huawei’s new flagship phone aren’t exactly earth-shattering, but when you add them up, the Huawei Ascend P6 looks like a pretty decent option. 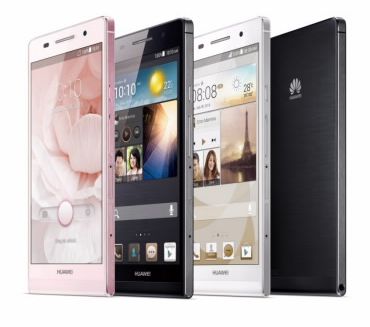 While that’s not a lot of space for apps, media, and other files, the phone does have a microSD card slot which you can use for extra storage space.

The Huawei Ascend P6 has an 8MP rear camera and a 5MP front camera. The phone’s powered by a 2000mAh battery, and Huawei is playing up its “Automated Discontinuous Reception” and “Quick Power” technologies, which it says helps the phone last for about 30 percent longer on a charge than comparable devices.

It’s not clear if the Huawei Ascend P6 will make its way to the United States anytime soon, but it’s likely to hit China and Europe this summer. It’s a 3G phone which should work on HSPA+ networks, but which doesn’t support 4G LTE.

If you’re wondering how Huawei’s new phone stacks up against the competition, the folks at Mobile Geeks have a few videos comparing it with the HTC One and Samsung Galaxy S4 (short version: it’s thinner, but not as powerful).